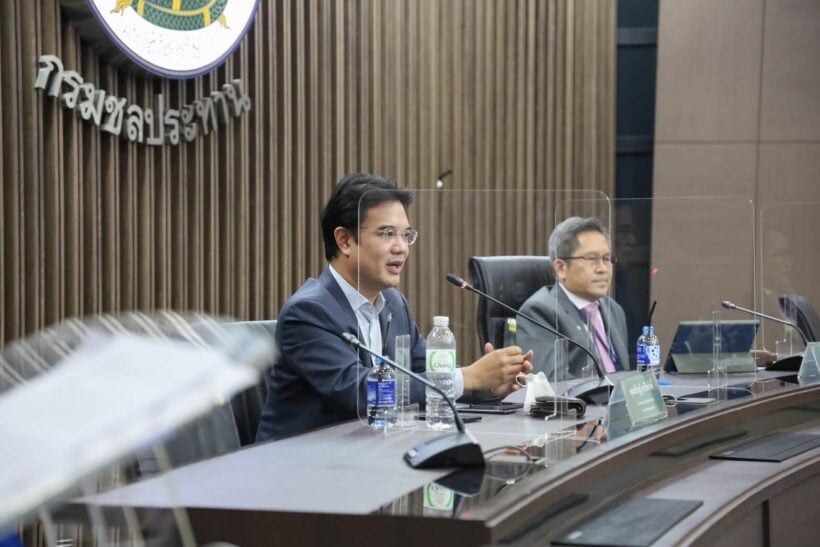 Ten more women have come forth to accuse former Democrat Party deputy leader Prinn Panitchpakdi of sexual abuse, as the sex scandal involving a senior politician continues to grow. The latest accuser, who has been described as a “well-known” 30 year old woman, alleged that Prinn had sexually assaulted her 14 years ago, about four months after they first met.

According to her lawyer, Prinn allegedly sexually assaulted and forced her to kiss him at a condominium in 2008. Today, several friends accompanied the woman to file a report at Lumphini police station, where they also presented themselves as witnesses. The new accuser has come out after nine other alleged victims of sexual abuse filed complaints with police against the prominent politician on Tuesday.

Yesterday, lawyer Sittha Biabangkird accompanied nine more women to the Lumphini police station, where they handed over “evidence” to the police, including a secret audio recording. That’s in addition to three women Sitta represented on Monday. According to the latest update from Thai media, a total of 15 women have come forward claiming they are victims of Prinn’s alleged sexual abuse.

The superintendent of Lumpini police station informed Thai media on Tuesday that because Prinn had not returned to the police station to acknowledge the additional allegations, a warrant would be issued for his arrest. No specific timeframe was given.

Last week, an unnamed 18 year old woman was the first accuser to report an attack with police. She claimed Prinn lured her to dine at a restaurant and then assaulted on April 11 this year. Her coming out proved to be a watershed moment for many other women who have since claimed #MeToo in the past week. According to the lawyer, Prinn has been accused of engaging in sexual harassment since 2007.

Police have already questioned the latest group of accusers, according to Lumphini police station Superintendent Pol. Col. Nimit Noponthong, who addressed the media on Tuesday. He said officers are now considering the information they’ve gathered and would conduct further questioning to clear up any uncertainties. He said they would examine the evidence presented by each woman and send it to the Central Police Forensic Science Division for further investigation.

The police also revealed that Prinn’s alleged behavior and tactics, as reported by each victim, were similar. He was said to invite the women to his condominium to discuss business, where he would then grab a chance to assault or rape them. Some women reportedly claimed they were also drugged.

Nimit declined to divulge the details of the evidence provided, in order to avoid affecting the ongoing investigation processes. He said police also plan to make appointments with the latest group of accusers to investigate the scenes where the alleged attacks took place.

Moreover, the officer added that Prinn hadn’t visited the police station to acknowledge the latest complaints. Subsequently, police would inform the court to issue an arrest warrant for the suspect, once all the information and evidence had been completely gathered and examined.

Last week, Prinn resigned from his position in the Democrat Party to fight the charges. He has so far denied all allegations of sexual abuse and rape, despite initially stating that what had happened was a “personal matter”.

On Sunday, Bangkok’s South Criminal Court detained Prinn for 3 counts of sexual assault and harassment, before temporarily releasing him on bail, on the condition that he wouldn’t leave the country. Since then, a total of 12 more women, accompanied by their lawyer, Sittha, have come out of the closet in what may become Thailand’s largest #MeToo scandal to date — if the disgraced politician is convicted.