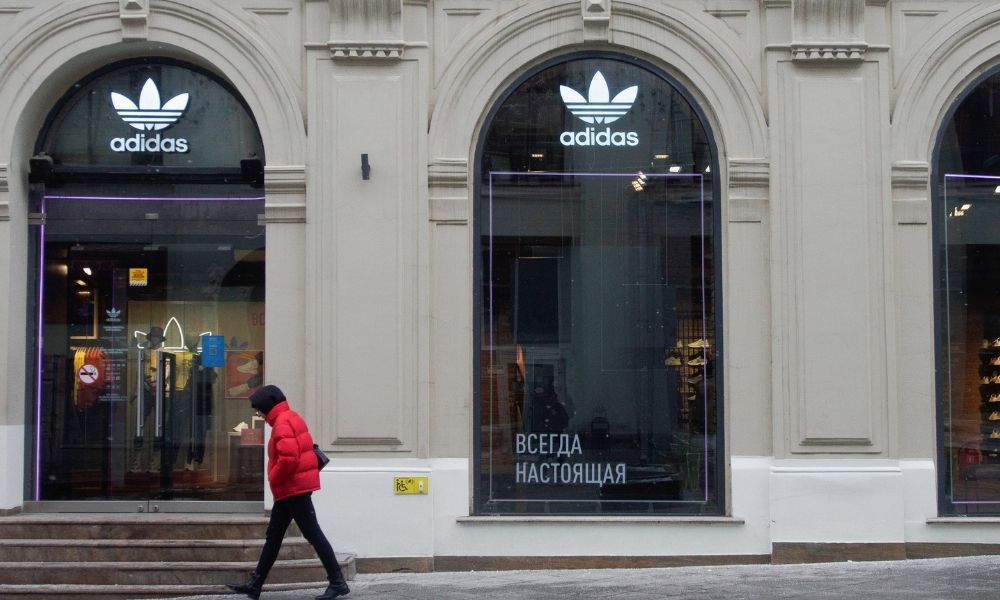 Adidas is closing all of its stores and suspending online sales in Russia, joining other sportswear brands that have taken similar actions against the country in the wake of its invasion of Ukraine.

The move was confirmed as the German company published its financial results for 2021 and announced its outlook for 2022.

Adidas is forecasting an 11 to 13 per cent increase in currency-neutral sales for the year ahead, a projection which already reflects up to €250 million (US$276 million) of risk to its business in Russia and Ukraine because of the war. The company has around 500 stores in Russia, according to Reuters.

The decision comes after Adidas suspended its long-term partnership with the Russian Football Union (RFU) on 1st March. The brand has been the kit supplier for Russia’s national soccer team since 2009.

Adidas is among a host of Western companies that have clamped down on Russia amid the country’s attacks on Ukraine, and joins other leading sportswear brands Nike and Puma in suspending its operations in Russia.

Explaining the decision, Adidas chief executive Kasper Rorsted told CNBC: “We needed to take a position in Russia, and that’s why we suspended our business in Russia, despite the fact that we’ve been there for many, many years.

“We continue to pay our employees, but it’s also important that we look upon it in a greater context.”

Asked if the sportswear brand had a timetable for when it would resume its business operations in Russia, Rorsted said that it was “premature” to speculate and said that the company will continue to monitor the situation. He also revealed that Russia accounts for “about two per cent” of the company’s revenue.

“I think it’s very difficult to make any dogmatic decision at this stage,” he said. “We will deal with the situation as the world moves on, but right now we’re trying to deal with that situation immediately and in the right way.”

Adidas is also donating around US$1.1 million to refugee and children’s charities in support of those affected by the invasion, and has given clothing to the Global Aid Network for people in Ukraine and surrounding countries.

Elsewhere, the National Hockey League (NHL) has suspended its dealings with the Russia-based Kontinental Hockey League (KHL) in a move which could make it more difficult for Russian players to move to the North American competition.

The NHL has already suspended its relationships with its business partners in Russia and paused its Russian-language social and digital media sites.