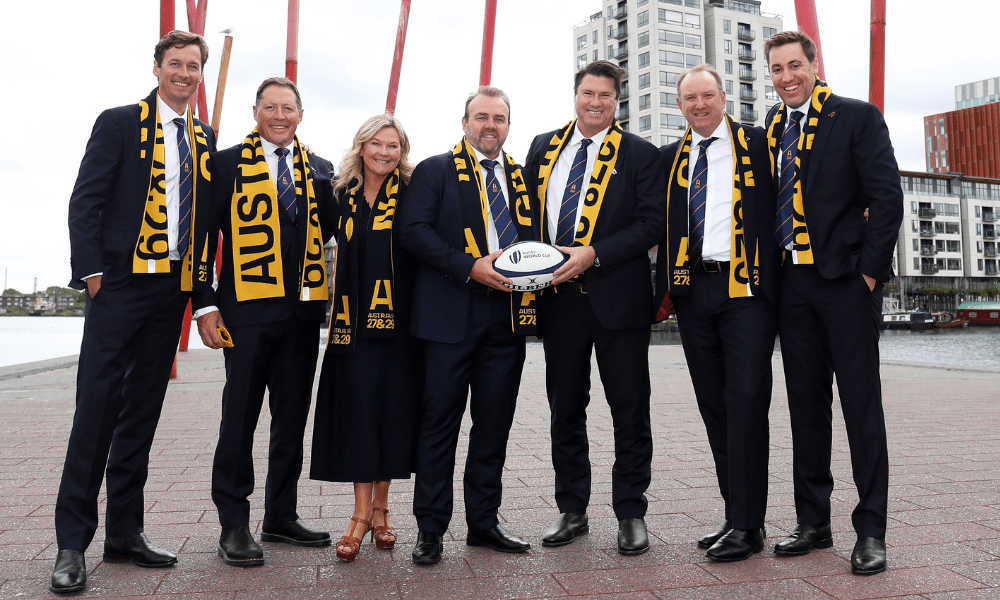 England have been confirmed as hosts for the 2025 women’s World Cup as World Rugby mapped out all destination countries for its global events until 2033.

Australia is to stage the 2027 men’s competition as well as the 2029 women’s event, it was agreed at a council meeting in Dublin on 12th May.

And in a first for rugby union, the US has been approved for the 2031 men’s and 2033 women’s tournaments in the hope of growing interest in America.

“Working closely with government, UK Sport, Sport England and World Rugby, we will create a lasting legacy for women’s rugby in England, the UK and across the world, both in terms of attracting more people to play and attracting new fans.

“As we have seen from other home World Cups in cricket, hockey and netball, a World Cup will further advance all women’s sport.

“The tournament will also deliver significant economic benefits right across the country.”

The Rugby Football Union (RFU) forecasts that it will provide a UK£156 million (US$183.2 million) uplift to the UK economy and has set the target of organising the best attended women’s World Cup in history.

Pool games will be held across the country amid the introduction of a new 16-team format with Twickenham hosting the final, where it is hoped a 82,000 sell-out crowd will be present.

It will be the first time since 2010 that England have hosted the event and they are current Six Nations champions and the game’s number one ranked side who will enter this year’s World Cup in New Zealand as favourites.

World Rugby has announced its next five tournaments to provide ‘hosting certainty’ after the race to land the 2023 men’s World Cup was won by France ahead of South Africa in contentious circumstances.

The game’s global governing body has also approved a ‘new model that will see World Rugby form partnerships with national unions and governments to establish a local delivery structure in each nation’.

Australia staged the successful 2003 men’s event that was won by England and are seen as a safe pair of hands for 2027 and 2029, while America’s time in the spotlight early next decade offers the platform to broaden the sport’s appeal in new markets.

“USA Rugby will now venture into a new era and ensure the sport’s most treasured event is a springboard for creating lasting, sustainable enthusiasm and passion for rugby from coast to coast,” USA Rugby chief executive Ross Young said.