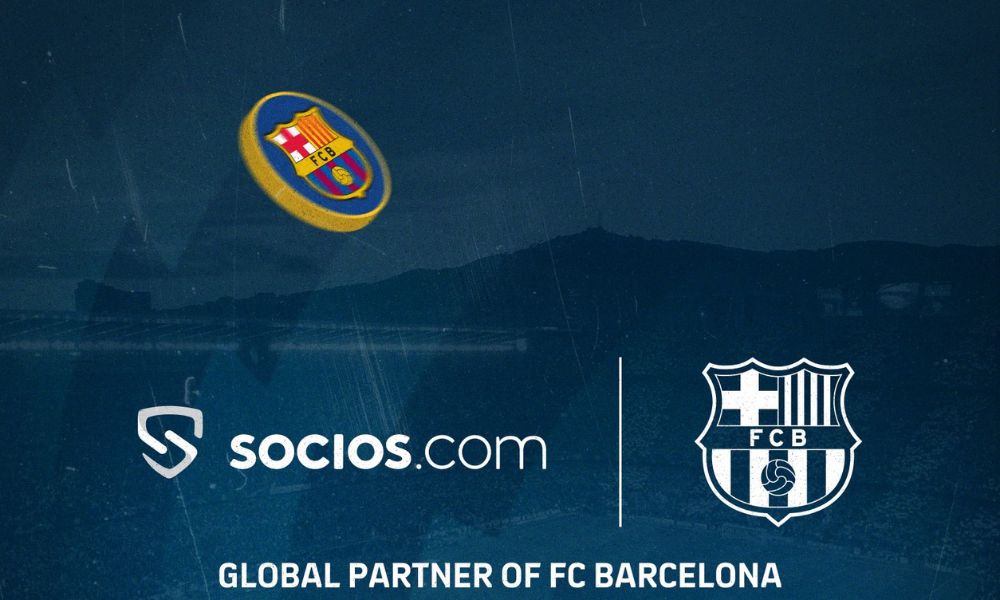 Spanish soccer giants FC Barcelona have sold a 24.5 per cent stake in its Barca Studios production arm to blockchain specialist firm Socios for US$100 million.

The transaction is the third recent injection of capital into the club through the use of what are euphemistically described as ‘economic levers’ designed to improve Barca’s financial situation and help it sign players for the upcoming LaLiga season.

Barcelona have already sold 25 per cent of their domestic broadcast income for the next 25 years and members have approved the sale of 49.95 per cent of the club’s merchandising business to raise more immediate capital.

The club says the deal with Socios not only provides it with extra cash, but also adds Web 3.0 expertise at a time when creating new revenue streams such as non-fungible tokens (NFTs) and metaverse applications is becoming a potentially lucrative proposition.

The two parties say they will work with leaders in the Web 3.0 space to develop Barca Studios’ digital portfolio and leverage Chillz Chain 2.0, which is designed to be the first blockchain created specifically for the sports industry.

“Moreover, the application of blockchain technology can take the fan experience far beyond an app-based engagement and reward structure and deliver utility and connectivity across the metaverse, providing a way to connect a limitless number of web 3.0 projects.

“As their trusted technology partner we’ll do everything we can to support them in their efforts to build new and rewarding digital connections with their 400 million followers worldwide.”

Barcelona launched their fan token with Socios back in February 2020 and have sold more than US$39 million worth of the blockchain-based assets so far. The concept has its critics, but Socios refutes accusations it is exploitative by stressing that fan tokens are entertainment products with utility, not items for speculation.