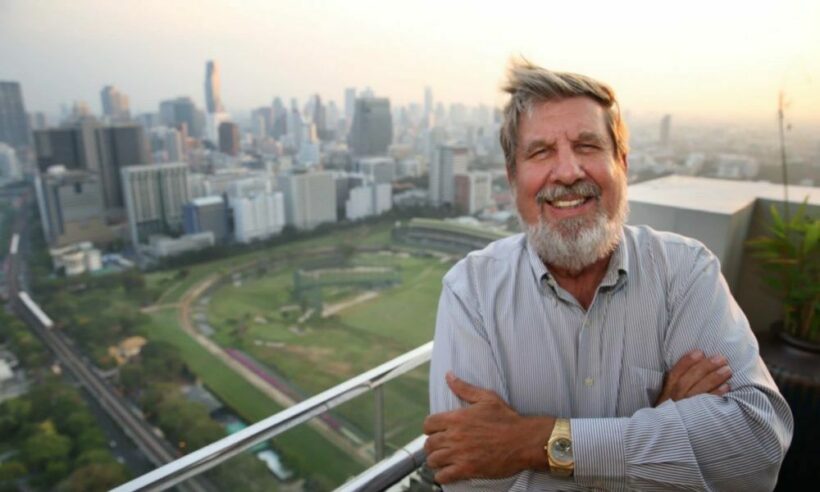 The letter, written yesterday, presents quite the turnaround from a letter Heinecke wrote to PM Prayut back in March 2020 in which he called for a full lockdown of the country to prevent the spread of Covid-19 cases.

William “Bill” Heinecke is the owner of Minor International PCL which owns hotels in Thailand such as AVANI, NH Collection, Marriott, Four Seasons and Radisson Blu. The company also owns food companies in Thailand such as The Pizza Company, The Coffee Club, Swensen’s, Sizzler, Dairy Queen, Burger King and many more.

This time, Bill wrote to PM Prayut asking him to ease entry restrictions into Thailand to boost the country’s wounded tourism industry. The businessman stated that foreign arrivals into Don Mueang Airport in April this year totalled at only 11,623 per day which is much lower than the 50,000 people per day that arrived at the airport during April last year.

Although… It is probably a good thing international arrivals into Don Mueang have been low this month seeing as the newly-built Service Hall completely collapsed on Sunday evening during a thunderstorm, luckily with no one inside.

Bill pointed out that even though Thailand has scrapped the pre-arrival PCR test, there are still plenty of restrictions putting tourists off from returning to the kingdom.

He advised PM Prayut to completely cancel Thailand Pass, regulations relating to health insurance and on-arrival Covid-19 testing. He said vaccination history or a medical certificate should be enough to gain entry into Thailand.

The mild characteristics of the Omicron variant, which is currently rampaging through the world, may be the reason for the billionaires’ change of heart…

“I believe that Thailand should realise that the number of Omicron patients who were found locally was higher than foreign arrivals.”

“Meanwhile, I believe in Thai citizens that they understand Omicron’s characteristics and are ready to live in line with the new normal era.”

Cooperation between government and private sectors is necessary to help the tourism industry recover and to stimulate the economy, Heinecke added. He said that he and other entrepreneurs are ready to work with the government to help revive tourism, boost confidence among tourists and implement guidelines for tourists’ safety.

No one knows whether PM Prayut has acknowledged or responded to any of Heinecke’s advisory letters.