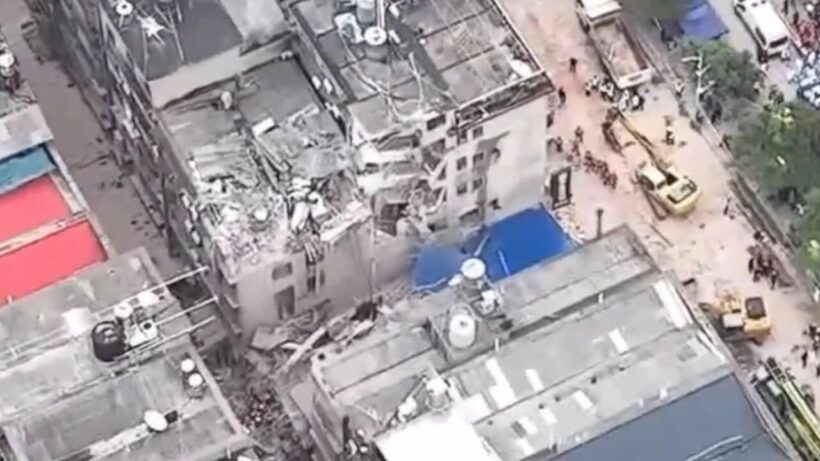 A six-storey building collapsed in China’s Hunan province on Friday, with 23 people inside. Rescuers managed to retrieve 5 people alive, who were brought to a hospital and are now in stable condition, according to authorities. But at least 18 more might still be trapped. The disaster happened in the city of Changsha.

Meanwhile, the mayor of the city says the whereabouts of 39 other people who were around the building when it fell are “being further assessed”. China’s President Xi Jinping demanded that the victims be rescued “at all costs”, according to state-run news agency Xinhua.

Investigators found that the building’s tenants had made structural changes to it, however, the cause of the collapse still has yet to be determined. The building had a hotel, apartments, and a movie theatre.

This is already China’s second building collapse of the year. In January, an explosion caused by a suspected gas leak made a neighbourhood committee building collapse in the city of Chongqing. At least 16 people were killed.

Gas leaks and explosions in China are said to be caused by weak safety standards, and corruption among officials tasked with enforcement. Some have criticised the speed at which buildings are built in China. In 2015, a Chinese construction company called Broad Sustainable Building built a 57-storey skyscraper in just 19 working days.

An investment manager, Alastair Campbell, told CNBC that the company did not finish the building fast to make a “quick buck”, but rather to “demonstrate an efficient building technique”.