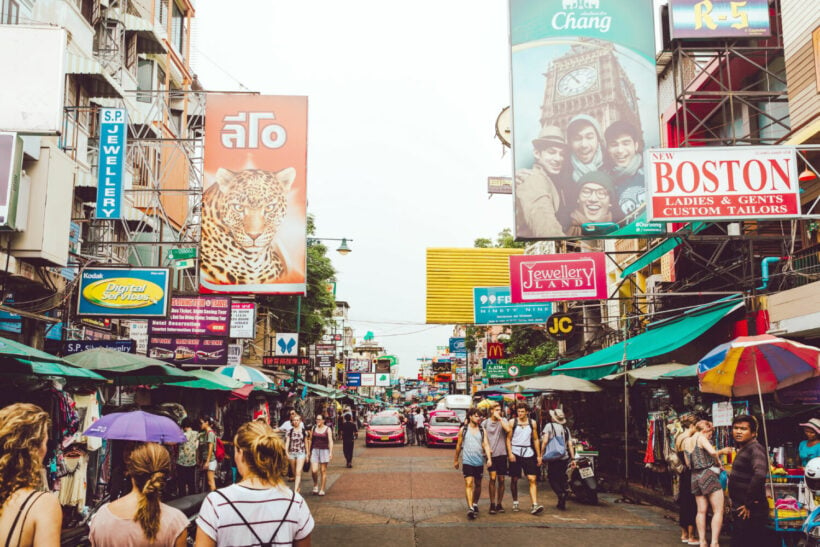 Businesses on Bangkok’s popular Khao San road are saying goodbye to Songkran celebration plans following news that they would have to follow several restrictions. This would include an alcohol ban, having to provide free face masks to partiers if their masks got wet, and being held responsible if partiers took off their masks.

The president of the Khaosan Road Business Operators Association told Thai PBS that some smaller business owners insist on holding celebrations, even though water splashing in public areas and roads won’t be allowed this year. The Bangkok Communicable Disease Committee decided to allow “water sprinkling” in specific areas that have sought permission, although officials did not go into detail about what exactly that means.

But for many businesses, the president said having to comply with the strict measures will be too risky. He said the Songkran holiday will be business as usual for owners. The president added that he expects 30-40% of hotel rooms to be occupied, and for more Thais to visit the area to dine and drink during the festive week.

The Khaosan area is popular among western backpackers. In pre-Covid days, Songkran celebrations there drew several thousands of both local and foreign visitors. Apart from its Songkran parties, Khaosan is generally known as a famous street in Thailand. In 2019, the Bangkok Metropolitan Authority announced it was investing $1.6 million to transform Khao San Road into a regulated “international walking street.”

Khaosan was eventually renovated in 2020, although due to Covid-19 the renovation was less climactic than expected, with much fewer foreigners. However, the streets were still packed with young Thais on weekends.