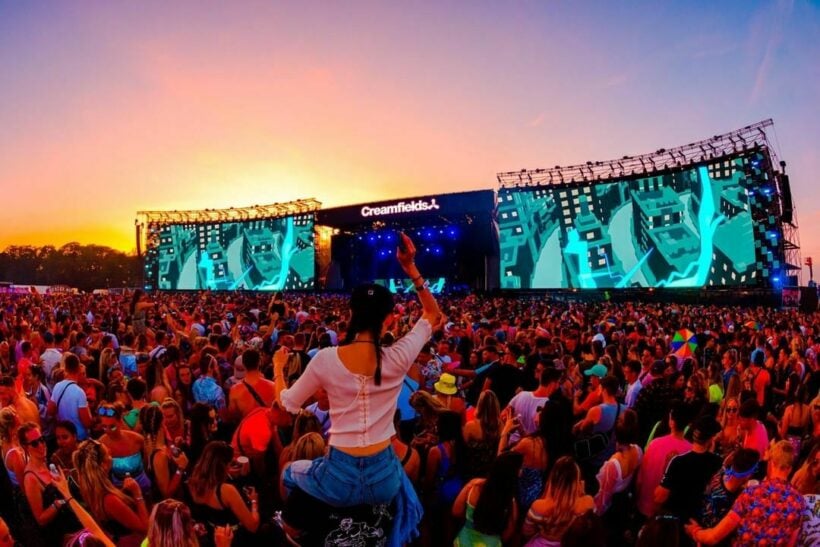 Get your rave gear ready because one of the world’s most prestigious electronic dance music festivals is coming to Thailand next month. The UK’s Creamfields Festival will take place in Pattaya from May 28-29 and the line up so far doesn’t disappoint. Early bird tickets are sold out, so if you want to attend the festival, be prepared when the next round of tickets are released.

Expect immaculate fairytale vibes as the event is taking place at Pattaya’s magical Nong Nooch Tropical Garden. The Tourism Authority of Thailand and Chonburi Provincial Administrative Organisation will co-host the festival. Creamfields has been held in over 30 countries so far and is finally coming to the kingdom of Thailand.

Phase one of the lineup has been announced already, but many acts are yet to be announced. So far, the line up includes R3HAB, BEAUZ, Fedde Le Grand, Jeffrey Sutorious and Pink Panda.

Early bird tickets went on sale on Monday (April 4) at 4:00pm and are already sold out. Don’t worry, there will be another round of tickets released, but the date hasn’t been announced yet. Follow the event’s Facebook page for updates. There are General Admission (GA) tickets and Very Important Person (VIP) tickets and each buyer is allowed to buy a maximum of four tickets. Tickets can be bought here through the Event Pop website. Prices are as follows…

All attendees must show evidence that they have received at least two doses of the Covid-19 vaccine. All attendees must take a free ATK test at the entrance to the festival. Those with RT-PCR test results taken within 48 hours prior to the event can access the ‘Fast Lane’ to get into the festival quicker. Anyone who tests positive for Covid-19 at the door is guaranteed a full refund of their tickets.