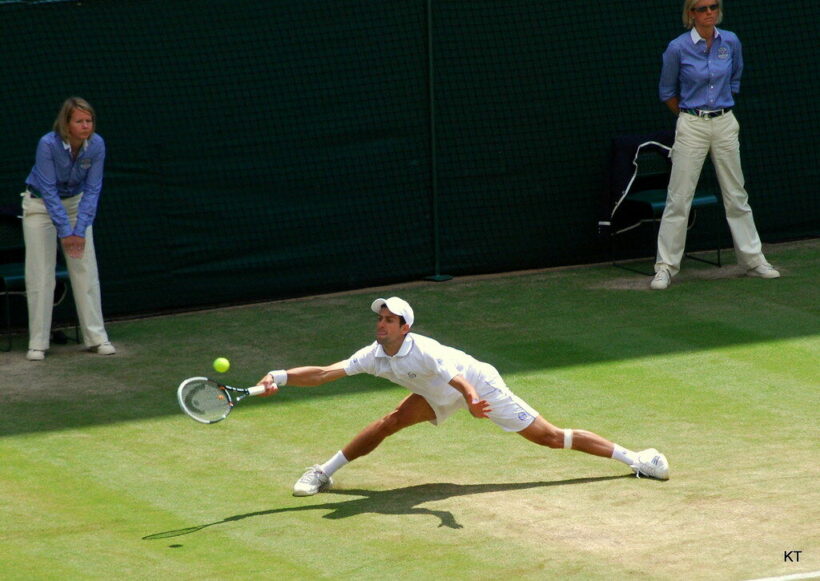 In a 6 page Twitter post, embattled tennis player Novac Djokovic attempted to set the record straight on his whereabouts after testing positive for Covid-19 last month — admitting to breaking self-quarantine and blaming his agent for an error on his Australian travel declaration form — as authorities in Australia, Serbia and Spain investigate his claims.

“I want to emphasise that I have tried very hard to ensure the safety of everyone and my
compliance with testing obligations,” he wrote.

The tennis star has been in Melbourne since January 5 in hopes of defending his title at the Australian Open, which is set to begin next Monday. But he faced the threat of deportation when Australian immigration officers determined he had an invalid medical exemption for Covid-19 vaccination and revoked his visa. He then spent the next four days in an immigration detention facility until Monday, when a federal judge ruled in his favour to reinstate his visa, allowing him to legally enter the country and participate in the tennis tournament.

But the drama continues with a revelation of a series of unforced errors, prompting three countries to reportedly investigate the veracity of his statements and whereabouts from the time of his positive PCR test on December 16 to his arrival in Melbourne last week.

In fact, he had traveled from Belgrade, Serbia, to Marbella, Spain, on December 31 to train at Soho Tennis Academy on a courts with the same surface as the tournament at Melbourne Park — as documented in a December 31 post on social media.

“On the issue of my travel declaration, this was submitted by my support team on my behalf as I told immigration officials on my arrival,” Djokovic tweeted, “and my agent sincerely apologises for the administrative mistake in ticking the incorrect box about my previous travel before coming to Australia. This was a human error and certainly not deliberate.”

The Spanish government is also reported to be investigating whether the Serbian tennis player entered Spain illegally as an unvaccinated Serbian tourist in late December, according to Spanish news outlet COPE. New Spanish immigration regulations from September last year states that Serbian tourists must be vaccinated before entering the country. But in 2020, Djokovic reportedly bought a house in the Marbella, which may qualify him as a legal resident, subjecting him to more lenient immigration rules, including no vaccination requirement for Covid-19.

Meanwhile, the World No. 1 tennis player is facing significant scrutiny online about his whereabouts after testing positive for Covid-19 after a PCR test on December 16.

“This is misinformation which needs to be corrected,” Djokovic wrote.

Back home, Serbia is also investigating his admission to having attended a “long-standing commitment” after receiving a positive PCR test result for Covid-19 last month, an act that violates the country’s Covid-19 protocols, the Guardian reports. His carelessness could see the national hero receiving a symbolic slap on the wrist when he returns home to appease the booing public.

In what he called an “error in judgment,” Djokovic admitted to attending an in-person interview and photoshoot the next day for the French sports publication L’Equipe, while knowingly infected, though he asserts he strictly followed safety measures including wearing a mask and social distancing.

“I felt obliged to go ahead and conduct the L’Equipe interview as I didn’t want to let the journalist down,” Djokovic tweeted, “but did ensure I socially distanced and wore a mask except when my photograph was being taken.”

However, in his recent tweet, the 34 year old tennis star failed to mention his appearance at another event on December 17 to celebrate the unveiling of two Serbian stamps in his honour. Pictures posted on his Twitter account show Djokovic accepting the framed stamps, and touring a museum with his wife and others — none of whom is wearing a mask or appears to be social distancing. It’s unclear whether Djokovic knew he was positive for Covid-19 before attending that event.

The Serbian’s lengthy Twitter post is the latest defensive maneuver in his ongoing match with the authorities, as he attempts to set the record straight and cling on to his revalidated visa status — with the hope of winning a record 10th Australian Open and a historic 21st grand slam title.

But with the unforced errors mounting up against him, the world is watching to see whether the top men’s tennis player will emerge victorious in time to play his first match on the tennis court on Monday.

I want to address the continuing misinformation about my activities and attendance at events in December in the lead up to my positive PCR COVID test result.

This is misinformation which needs to be corrected, particularly in the interest of alleviating broader concern in the community about my presence in Australia, and to address matters which are very hurtful and concerning to my family.

I want to emphasise that I have tried very hard to ensure the safety of everyone and my compliance with testing obligations.

I attended a basketball game in Belgrade on 14 December after which it was reported that a number of people tested positive with COVID 19. Despite having no COVID symptoms, I took a rapid antigen test on 16 December which was negative, and out of an abundance of caution, also took an official and approved PCR test on that same day.

The next day I attended a tennis event in Belgrade to present awards to children and took a rapid antigen test before going to the event, and it was negative.

I was asymptomatic and felt good, and I had not received the notification of a positive PCR test result until after that event.

I felt obliged to go ahead and conduct the L’Equipe interview as I didn’t want to let the journalist down, but did ensure I socially distanced and wore a mask except when my photograph was being taken.

While I went home after the interview to isolate for the required period, on reflection, this was an error of judgement and I accept that I should have rescheduled this commitment.

On the issue of my travel declaration, this was submitted by my support team on my behalf as I told immigration officials on my arrival – and my agent sincerely apologises for the administrative mistake in ticking the incorrect box about my previous travel before coming to Australia. This was a human error and certainly not deliberate. We are living in challenging times in a global pandemic and sometimes these mistakes can occur. Today, my team has provided additional information to the Australian Government to clarify this matter.

While I felt it was important to address and clarify misinformation I will not be making any
further comment out of utmost respect for the Australian Government and their authorities and
the current process.

It is always an honour and a privilege to play in the Australian Open. The Australian Open is much-loved by players, fans and the community, not just in Victoria and in Australia, but around the globe, and I just want to have the opportunity to compete against the best players in the world and perform before one of the best crowds in the world.