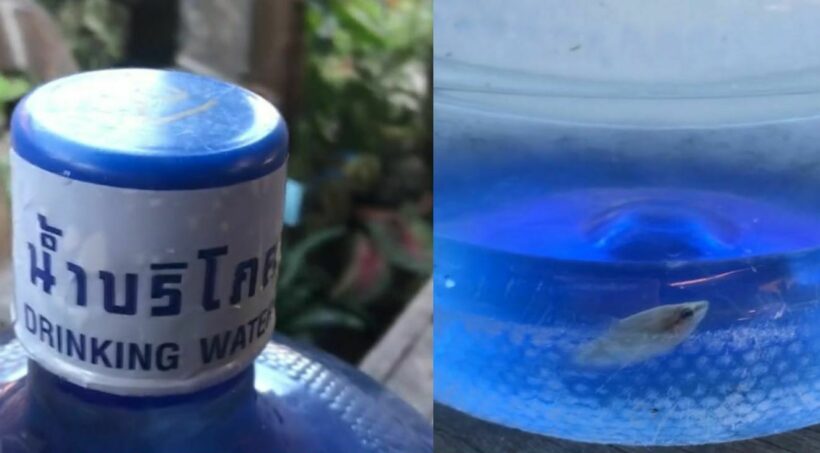 A drinking water plant in Thailand’s Isaan region has been forced to temporarily close after a Siamese fighting fish was found swimming in a sealed 10-litre container. The Ubon Ratchathani plant must suspend its operations until it obtains a license from the Thai Food and Drug Administration.

A customer in a nearby village discovered the small fish swimming in a sealed jug of drinking water and posted a video on social media. Some joked that if the fish is alive and healthy, then the water must be safe for humans to drink.

Ubon Ratchathani’s public health office says the water was from a local manufacturer in the Baan Talad community. The Office of Consumer Protection and the provincial public health officials visited the factory after the customer’s report, ordering the plant to temporarily shut down to improve the production process and to stop all sales until they obtain certification from the Thai FDA.

The drinking water plant is supported by a budget from a government project that aims to boost up local businesses. It produces around 12,000 litres of water per day filtered from a tap water system and sell mostly for people inside a community. The water jugs are reused and the manufacturer reportedly claims that a recycled container may not have been properly cleaned, somehow leaving a live fish inside.

One local said people still have to buy water from the local plant, but they want the company to be more careful when it comes to cleanliness.