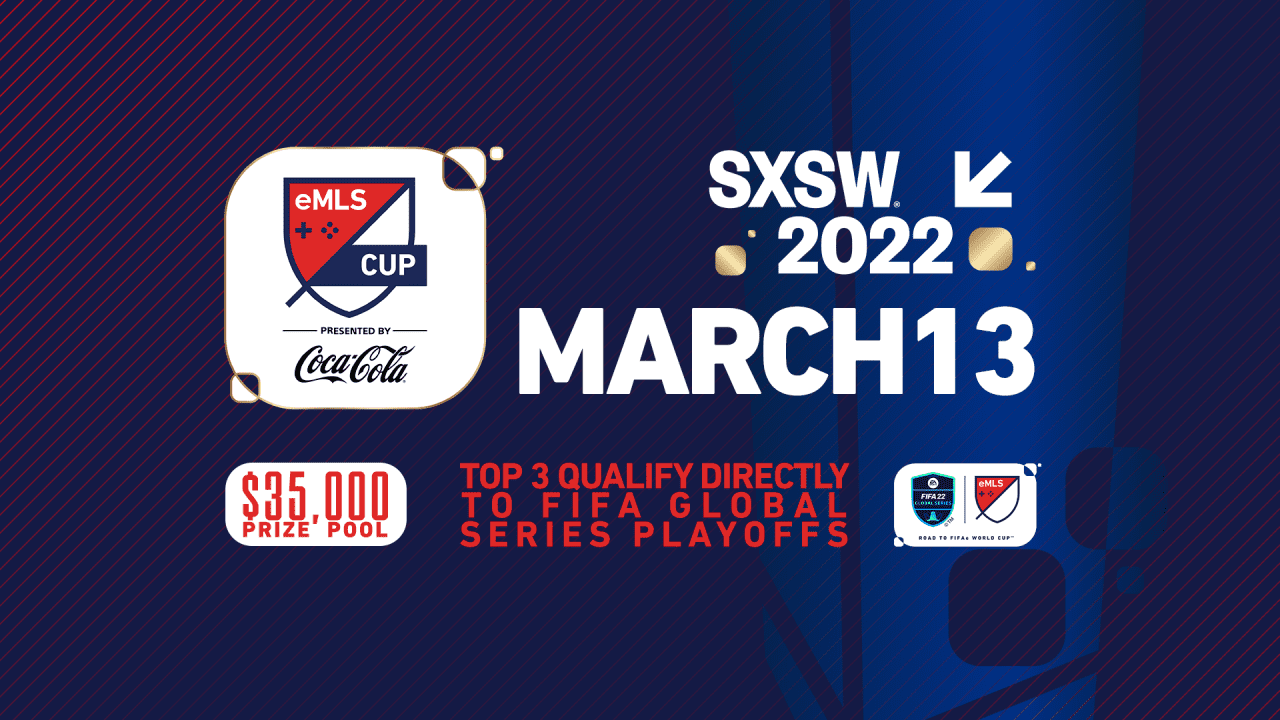 Electronic Arts and Major League Soccer have announced details for the 2022 eMLS Cup on March 13th.

In collaboration with MLS football club Austin FC, the FIFA competition will take place at the Austin City Limits Live in Austin, Texas. The event will be part of South by Southwest (SXSW), an annual festival that promotes film, interactive media and music.

At the end of the event, MLS and EA will also crown its best FIFA player in North America. Furthermore, the podium finishers will be granted invites to the EA SPORTS FIFA 2022 Global Series Playoffs.

Austin FC will be responsible for a post-party at Austin City Limits Live following eMLS Cup’s championship ceremony, highlighting a live musical performance from a still-unannounced artist. The MLS team will reveal more details in the following days. According to eMLS, the event is free to attend and do not need a SXSW ticket.

Bion West, Director of Properties (eMLS) at MLS, commented: “The fifth edition of eMLS Cup will bring together the worlds of interactive entertainment, soccer, music, and pop culture in true and unique MLS fashion.

“After two years of being remote, our competitors will once again have the thrill of competing in front of an audience, and our fans will experience an energy unique to eMLS live events.”

Delivery platform DoorDash will produce branded content during the event’s live stream. The company is a sponsor of the MLS, eMLS, and MLS NEXT. eMLS’ commercial portfolio also includes Coca-Cola, Cheez-It, Pringles, and JLab.

Andy Loughnane, Austin FC President, also spoke on the deal: “eMLS Cup will deliver a new layer of competitive gaming within SXSW, offering the opportunity for soccer and gaming fans to converge at one of the city’s most legendary venues.”

The competition will include in-person activities for those attending. This includes eMLS kits customisation, FIFA gaming pods and more. Fans watching live will also be able to receive rewards through Twitch.

Esports Insider says: This is a big comeback for the eMLS Cup. After two years of hosting the competition online, EA and MLS are wasting no effort in putting together one of its biggest events in North America. The setting couldn’t be better, with the help of SXSW and in the ACL Live, the fifth edition of the eMLS Cup will probably be on to remember for North American FIFA fans and professional players.