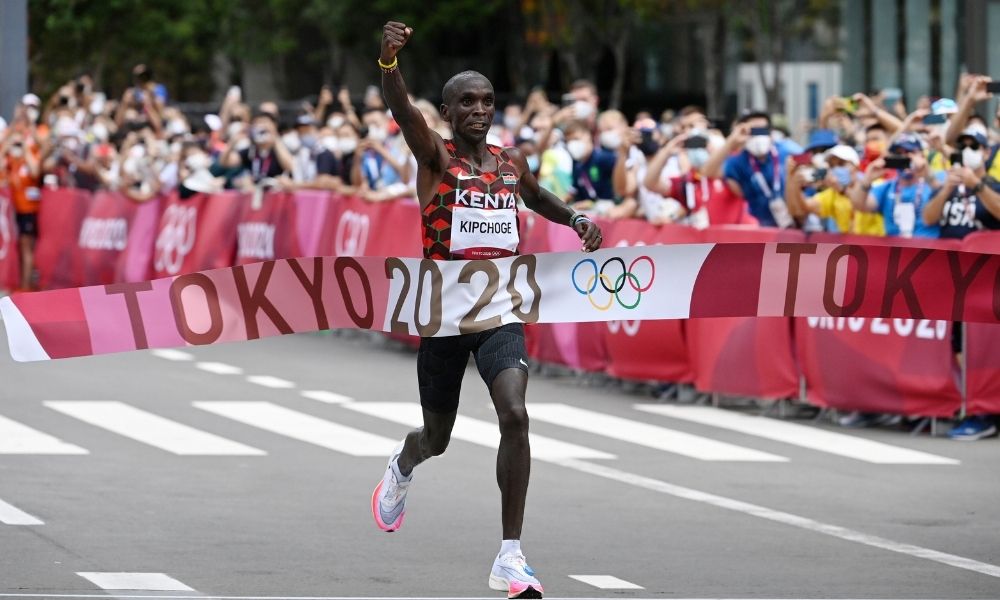 Ineos previously partnered with the 37-year-old and his Dutch-based NN Running Team in 2019 for the 1:59 Challenge in Vienna, where Kipchoge became the first runner to ever complete a full marathon in under two hours.

Valentijn Trouw, performance director of the NN Running Team, and coach Patrick Sang now reunite with the petrochemicals firm as part of the new partnership. Sir Dave Brailsford, who was recently appointed as Ineos director of sport, will oversee the project which aligns all Sir Jim Ratcliffe’s sports investments across soccer, rugby, cycling, sailing and motorsport.

Kipchoge’s distance running team will now be able to access the knowledge share group that unites all Ineos-backed ventures.

Brailsford said: “Across sports, we all face the same challenge, the need to continually improve. Through Ineos, we have a unique opportunity to take on this challenge. With some of the best minds in sport we will develop and grow the Ineos performance community, driving to become greater than the sum of our parts.”

He added: “Eliud Kipchoge is a once in a generation athlete breaking athletic boundaries that many felt impossible.

“Collaborating with Eliud, his performance team and Ineos on the 1:59 Challenge was a truly inspiring experience. Eliud epitomises an Ineos athlete. The opportunity to come together again to tackle new ambitious challenges with Eliud and the wider running team is incredibly exciting.”

Kipchoge said: “To receive the support from such a great entity in sports is a huge boost to myself and the team. We have had a wonderful relationship since we first started working together and have already changed the world together once.

“I am excited to keep breaking barriers with the support of Ineos on our side. I believe that we can make a strong impact across all sports by sharing our knowledge and experiences with each other.

“To utilise the greatest minds in sports will continue to allow us to keep pushing the boundaries of running. I am very excited for the future ahead.”