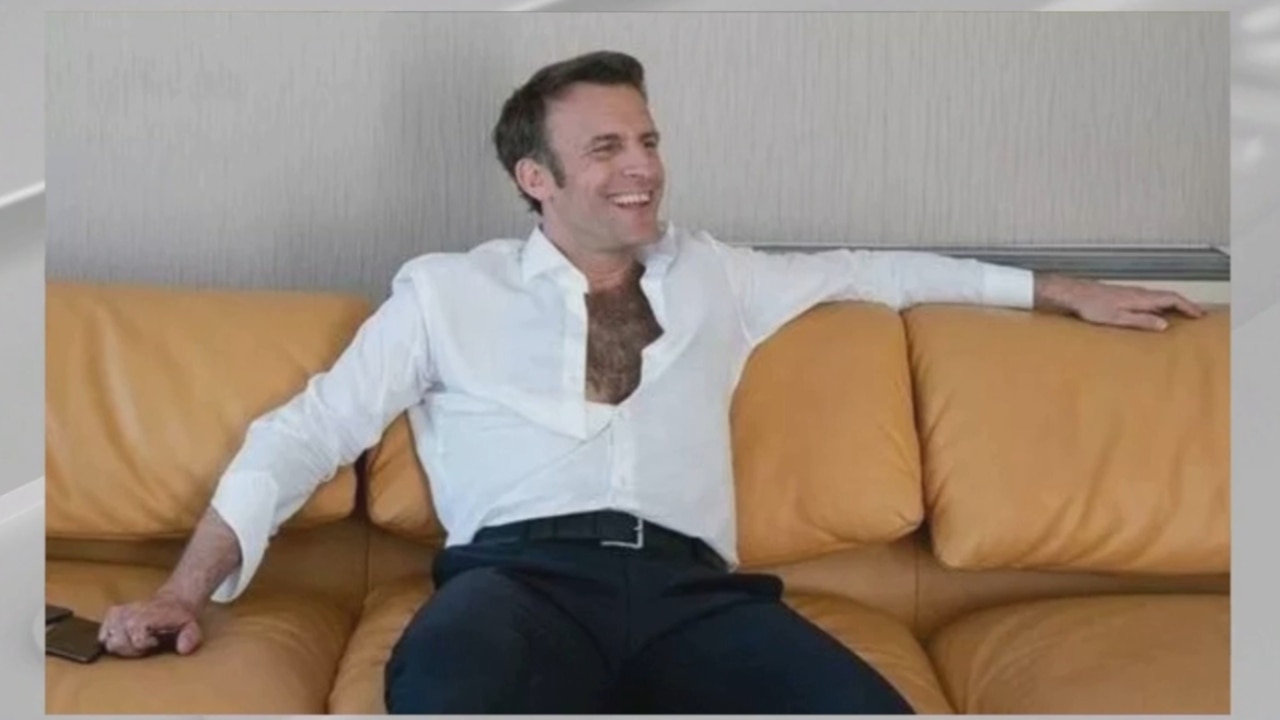 His official photographer has released some behind-the-scenes images including this one ahead of the second round of voting for the French election this week.

Mr Macron has been compared to actors Sean Connery, Burt Reynolds and even Tom Selleck for showing off his luxuriant chest hair.

Mr Macron also attracted attention last month when he released images of himself in a hoodie – similar to those released by Ukrainian President Volodymyr Zelensky.