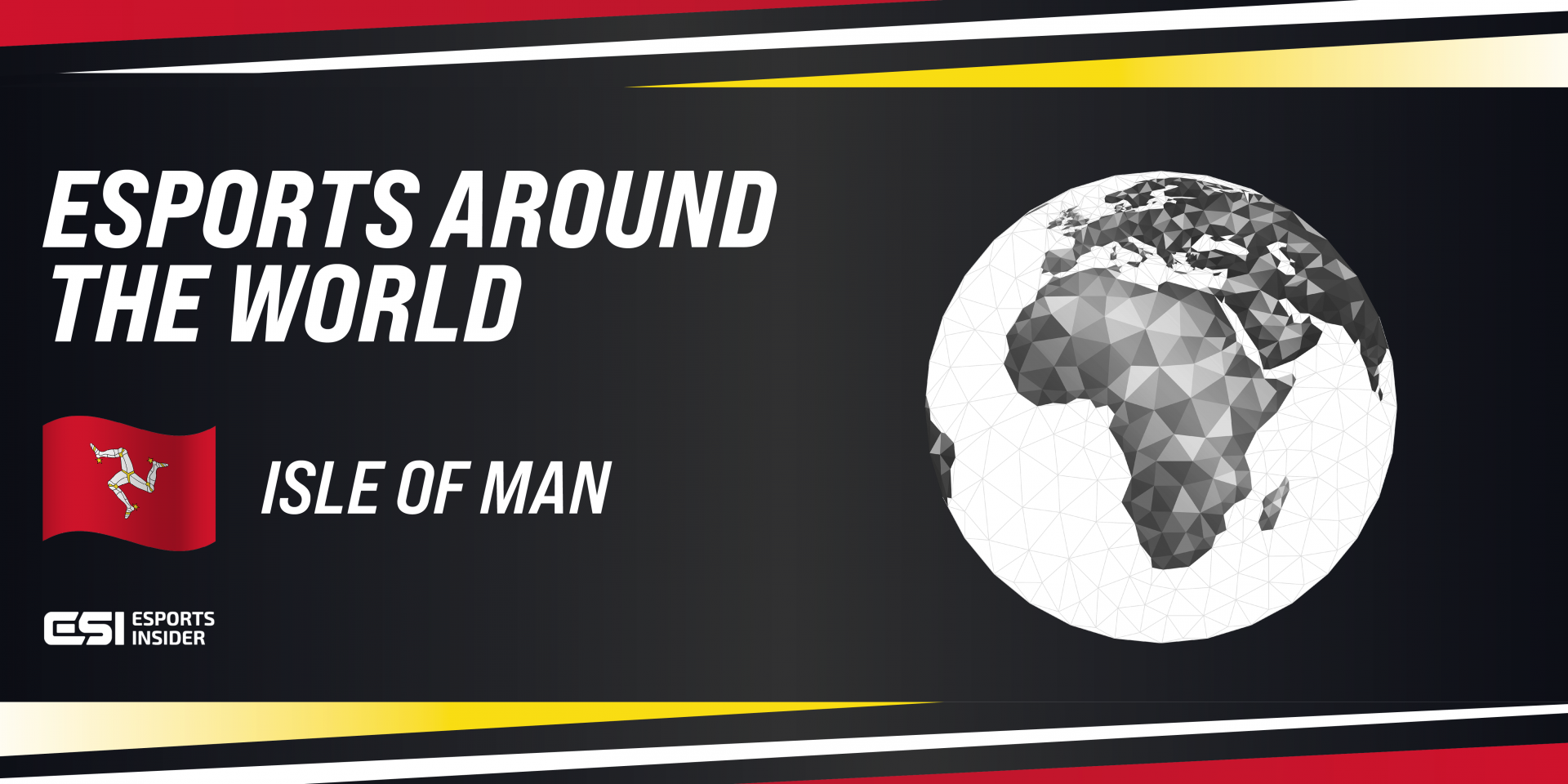 Esports Around The World is a series of profiles outlining the esports ecosystem in various countries & territories globally. The series ties into our ESI Washington DC event taking place 16-18th May 2022, which will focus on esports’ growth around the world. The event will include a first-of-its-kind embassies tour alongside ESI’s trademark combination of networking, education and debate. Find out more here.

Despite not being a sovereign country, the Isle of Man is a self-governing crown dependency with its own parliament, laws, traditions and culture. Known for its rich competitive heritage, the 33-mile long island in the Irish Sea has raised numerous Olympic-level athletes across various sports disciplines.

Leveraging knowledge and experience in nurturing sports talent, the island has been considerably active in the esports industry in recent years. It is aiming to raise its profile as an authentic esports destination, underpinned by near-unprecedented levels of government support for esports. The Digital Isle of Man, an executive agency within the Isle of Man Government, is making a push to turn the island into a hub for esports businesses.

At a grassroots level, the Isle of Man has a number of community programmes and local tournament organisers running events on a regular basis, with the fighting game community growing increasingly stronger.

Although the island’s esports infrastructure is still in its infancy, the Isle of Man’s government was one of the first to issue an eGaming licence, building on the country’s reputation as a gambling- and tax-friendly jurisdiction. In 2017, the eGaming ESP company was granted a licence to develop its esports operations on the island, covering specifically the wagering of virtual goods.

In 2019, Digital Isle of Man, the executive agency within Isle of Man Government’s Department for Enterprise, formed an esports-dedicated working group to provide expertise and create a strategy for the island to support its esports sector. Since then, the esports division of the Digital Isle of Man began engaging the esports industry on multiple levels, teaming up with key entities to help create legislation and regulation.

As part of its esports push, the Dependency has also educated service providers such as law firms, banks and agencies on everything from how to spell esports to case studies on how to support the industry’s growth.

Despite its fledgling scene, with a population of only 85,000 the Isle of Man is not itself home to many tournaments or leagues.

Note that this is a non-exhaustive list and exclusion does not signify an org is not notable.

Note that inclusion in this list does not suggest any acknowledgement from ESI of its authority, works or official capacity.

Apart from the government-led initiative to educate Isle of Man’s businesses on the specificities of the esports sector, the island doesn’t currently accommodate a collegiate esports ecosystem.

RELATED: Esports Around The World: Sweden

This is a preliminary territory profile and will be augmented with additional information over time. If you have any suggestions or feedback for this profile, please get in touch at [email protected]

Find out about ESI DC