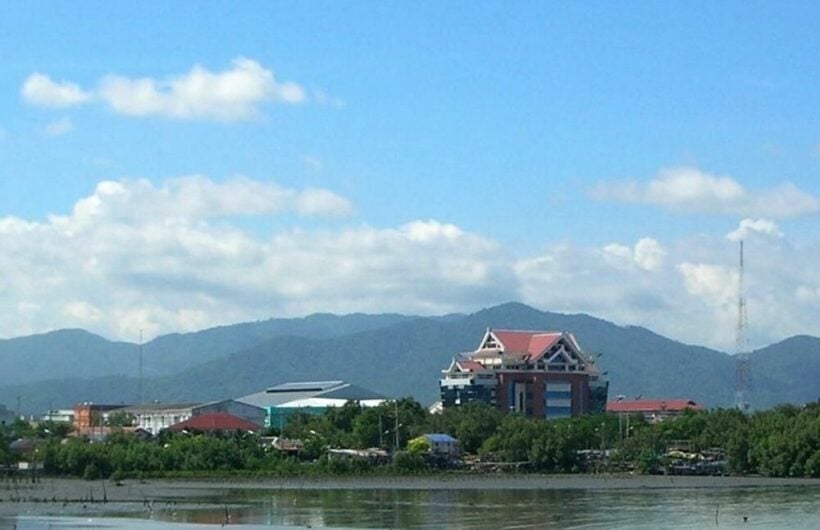 A father in Chon Buri allegedly shot and killed his wife and soon-to-be son-in-law at his daughter’s birthday party before hanging himself to death. Both his daughters reportedly witnessed the incident. His youngest daughter, who is just 8 years old, was shot in the foot and taken to the hospital for treatment.

Police arrived at the home in Nong Ree subdistrict Wednesday night and found the bodies of 46 year old Malee Sangkraju and 31 year old Eakkachai Pruetipaitoon, both with bullet wounds on their heads. The body of the father, 52 year old Winai Pupakdee, was found hanging from a staircase on the second floor.

The oldest daughter, 26 year old Sasinapa Pupakde, reportedly told the police that her parents were arguing about money as her father had recently lost his job.

“We were having a birthday party for me when the argument began. My father asked me if we wanted to be a family… He took out a handgun suddenly and shot my mother and my boyfriend without warning”.

She added that more gunshots were fired as her younger sister was shot in the foot. They hurried away together, assisting her in her escape and seeking assistance from their neighbour, who let them hide in his house before he called the police. The neighbor told police, “We hid inside while waiting, afraid that Winai would come after us. But Winai hung himself from a staircase.

Mueang Chon Buri police are still investing and trying to figure out what led to the murder-suicide. The younger daughter had fully healed from her bullet wound to her foot as of yesterday morning, albeit the emotional consequences of the incident will linger much longer.