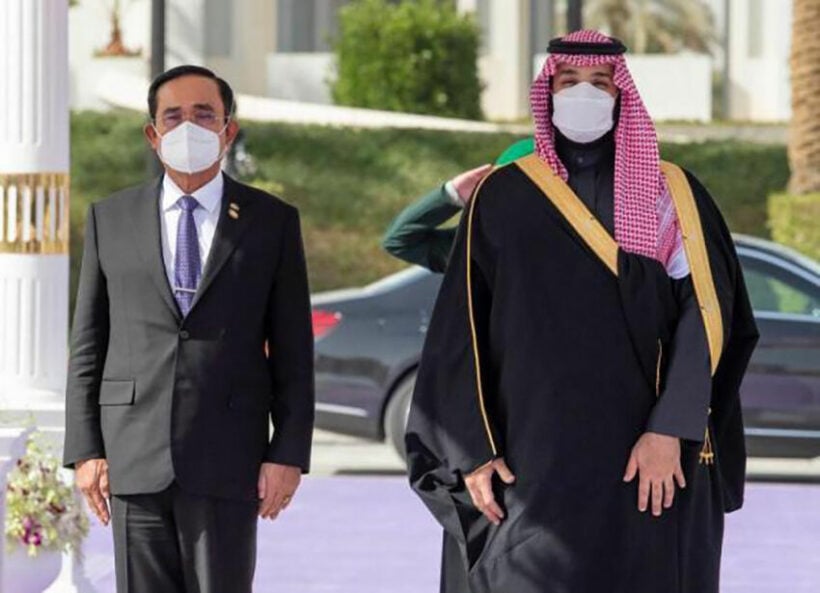 The controversial Saudi leader, Crown Prince Mohammad bin Salman bin Abdulaziz, is likely to visit Thailand at some stage this year. Foreign Minister Don Pramudwinai says the visit will happen once a roadmap for restoring bilateral ties has been agreed. The roadmap will focus on cooperation in areas such as energy and labour, according to the minister.

After decades of frostiness, relations are thawing between Thailand and Saudi Arabia, with PM Prayut Chan-o-cha visiting the Crown Prince in Riyadh last month. The visit was the first in decades, after a 30-year freeze – the result of an unsolved jewellery theft by a Thai worker in the Saudi royal household. Some of the jewels have never been recovered, including a prized blue diamond. To this day, the theft remains one of Thailand’s greatest unsolved mysteries, with some of the country’s top police generals implicated in the bloody trail that followed.

In the aftermath of what became known as the “Blue Diamond Affair”, Saudi Arabia downgraded diplomatic relations with Thailand. However, it looks like relations are warming up again following the PM’s recent visit. Minister Don was responding to a question in parliament in relation to restoring ties between both countries. He says once the roadmap is agreed, the Saudi Prince is likely to visit Thailand, probably later this year. During his visit, he is expected to sign a framework agreement on implementing bilateral ties across various sectors, with Don saying officials are working with their Saudi counterparts to set the agenda for bilateral talks.

Following his visit to Saudi Arabia last month, the Thai PM urged officials in both countries to work quickly to restore relations. Don says cooperation could resume in some sectors within 2 months, while others could take up to 6 months. He adds that the priority is to fill the Thai Ambassador role in Riyadh after the position lying vacant for 3 decades.