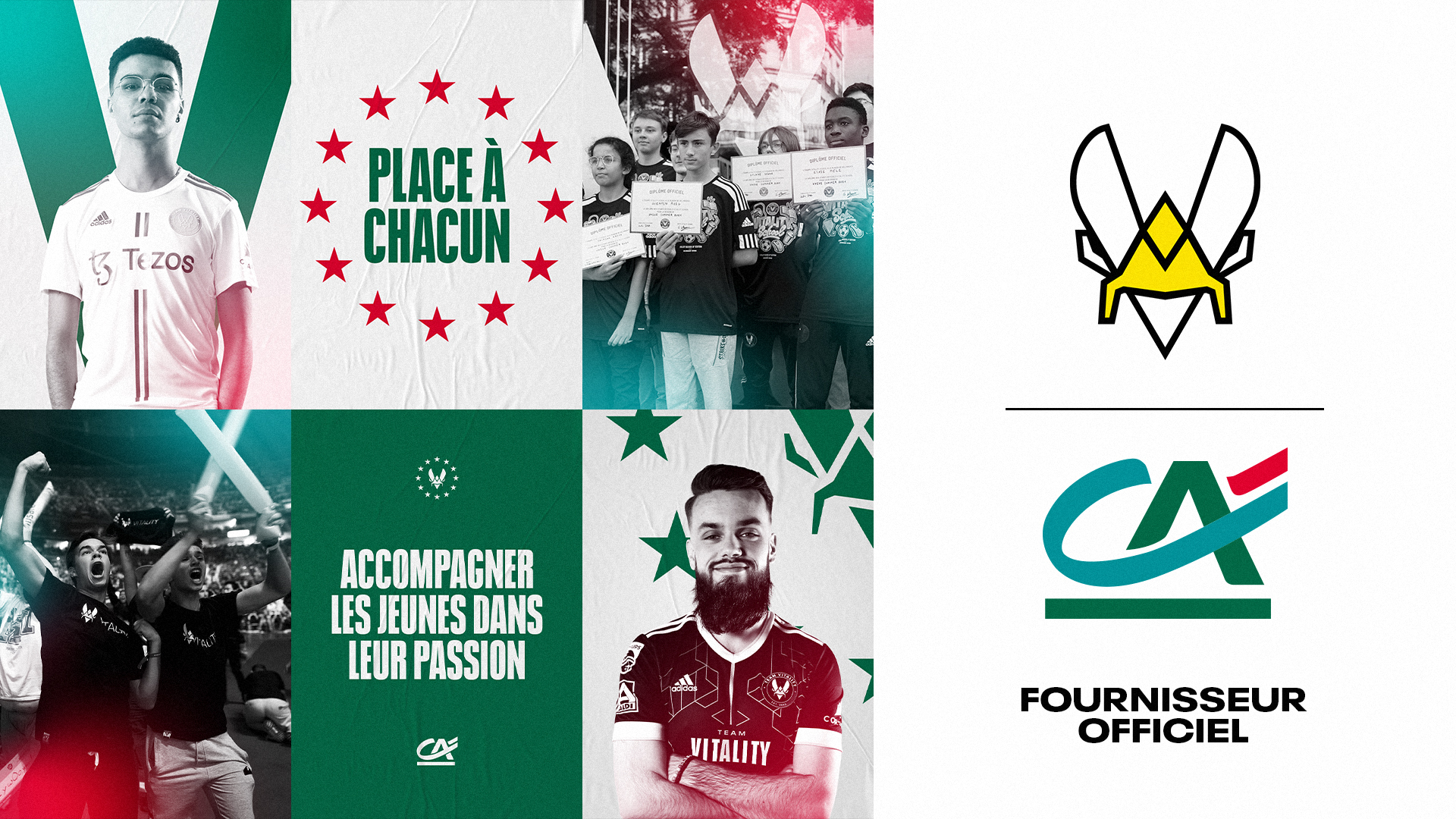 As part of the deal, Crédit Agricole has been named Vitality’s official partner, as well as the main partner of the organisation’s training course Vitality School.

According to a release, the two entities will work on ‘fielding possibilities for all’ through activations and programmes.

In line with the Crédit Agricole Group’s Societal Project, which it says is aimed at ‘supporting the transformation of societies’, the partnership will increase support provided to young people both in digital and physical fields.

Launched in August 2020, Vitality School is an online esports training course providing 12-17-year-olds the opportunity to take part in esports and gaming courses during the school holidays.

Aimed at players of all levels, Vitality School covers topics including the history of Vitality, the daily life of an esports athlete and the importance of a balanced lifestyle. Crédit Agricole’s involvement will see its logo featured on the Vitality School jersey.

The partnership will also cover Team Vitality’s LFL League Of Legends team, as well as Rocket League, FIFA and Fortnite players and rosters. Crédit Agricole branding will be prominently displayed across all assets and content, according to the release.

Michel Ganzin, Deputy Chief Executive Officer of Crédit Agricole SA commented: “This partnership is in line with our desire to strengthen social cohesion and inclusion, particularly among young people. By reaching out to them through the growing interest in esports, Crédit Agricole wishes to be a vector of links.”

Further activations are also in the works and will be unveiled in coming months. Financial details of the deal were not disclosed.

Nicolas Maurer, CEO at Team Vitality, added: “It’s a pleasure to partner with Crédit Agricole which is not just an iconic French institution but also one of the top 10 banks worldwide.

“At Team Vitality we have always seen education and development as a core pillar for not only our players but also our community, so it’s great to partner with an entity that shares those values.”

Esports Insider says: Getting one of France’s — and Europe’s — biggest banks to commit to a sizeable esports partnership is a major win for Team Vitality. The partnership seeks to focus on education through its Vitality School initiative, which the bank says fits into its wider goals of supporting employment, training and financial support for young people. The partnership seems to make sense given the overlap, and lends major legitimacy to Vitality and its education programme.