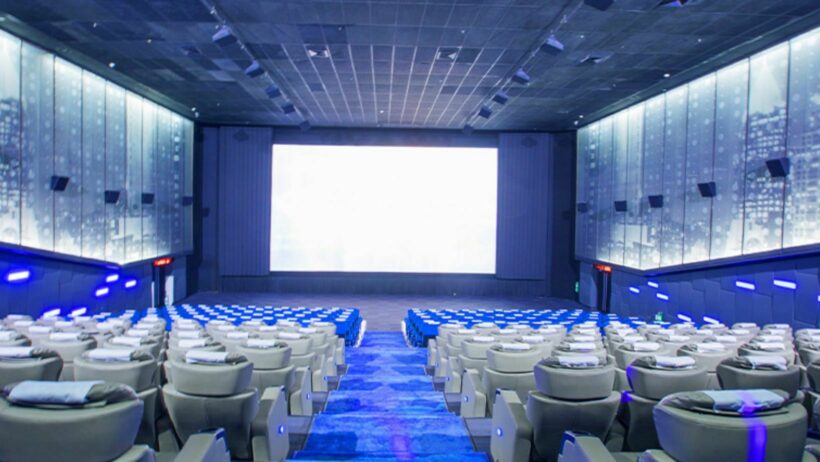 Gamers everywhere are familiar with the pleasure of playing video games on the sofa in the comfort of their own living room. But just imagine the next-level fun of playing your favorite RPG or first-person shooter on the silver screen, complete with a thundering cinematic sound system. That’s exactly the kind of upgraded experience SF Cinema is offering in its new campaign to rent out their theatre halls to gamers in Thailand.

That’s right. For gamers of all kinds — whether you game on PC, console or mobile — the time has come to battle it out on the big screen. Last week SF Cinema announced it will now rent out theatre halls to groups of up to 10 gamers. Or you can enjoy a solo session if you so desire. Rates start at 3,000 baht for two hours and gamers must bring their own gear. Bookings are available at any SF Cinema in Thailand from March 30 to May 3, 2022, and it’s recommended you book at least five days in advance.

The savvy business move comes after lacklustre ticket sales at the box office in the wake of the two-year pandemic, during which the emergence of numerous movie streaming platforms have fundamentally changed the way many people watch their entreatment. Meanwhile, Hollywood production studios have been hesitant to release new titles, with countless movies perpetually pushed back to later dates when ticket sales are projected to improve. To fill the void of new releases during low seasons, production studios have also resorted to airing reruns of classic films, such as The Lord of the Rings trilogy, which celebrated its 20th anniversary last year.