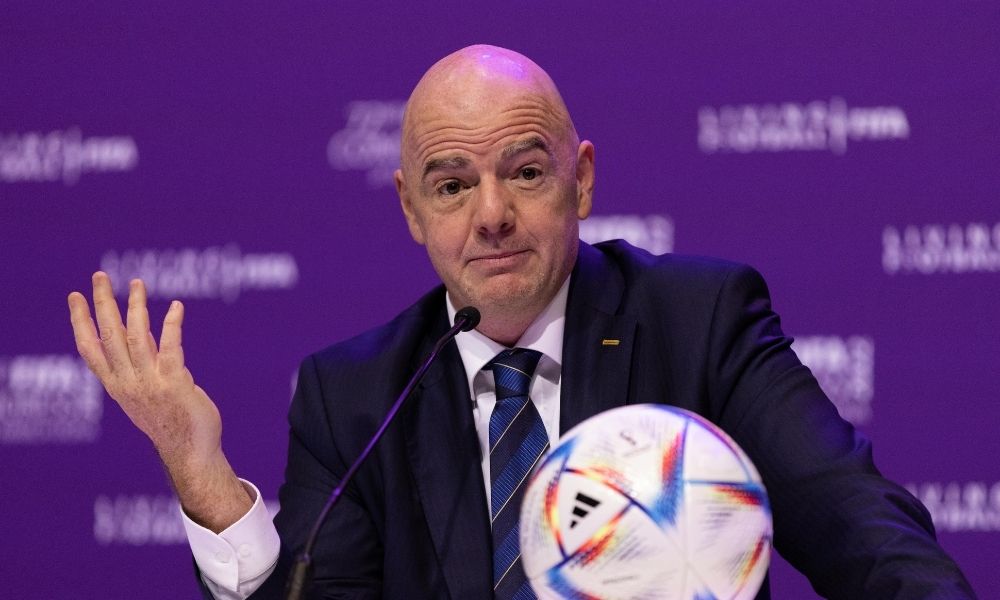 The idea of a biennial World Cup was not a Fifa proposal, the president of soccer’s global governing body, Gianni Infantino, has said.

The bizarre claim comes despite Infantino extolling the virtues of the concept since the Saudi Arabian Football Federation (SAFF) introduced a motion at a Fifa Congress meeting in May last year that saw the body undertake a feasibility study into shortening the four-year gap between the game’s showpiece international event.

The biennial World Cup campaign has been fronted by former Arsenal manager Arsene Wenger – who now serves as Fifa’s head of soccer development – but was met with fierce opposition from the game’s European governing body Uefa, the International Olympic Committee (IOC) and others.

As recently as December, Infantino was saying publicly that the proposal would create an additional US$4.4 billion in revenue over the course of its first four-year cycle.

However, the prospect of biennial tournaments now appears to have receded, with Infantino distancing Fifa from the project during his speech at the organisation’s annual congress in Doha.

He went on to say that national associations, leagues and players’ groups were now in consultation to try to find “agreements and compromises”. Fifa vice president Victor Montagliani has floated the idea of a global Nations League instead.

Infantino said on 31st March: “Let me be clear about this – Fifa has not proposed a biennial World Cup.

“But Fifa did not propose anything. Fifa came to the conclusion that it was feasible, but would it have some repercussions and impacts.

“The next phase was consultation and discussion and trying to find agreements and compromises, to find what was most suitable for everyone.”

Infantino returned to the subject of the international match calendar at the press conference which followed the congress.

He said: “We’re not in a hurry. The calendar is there till 2024. If we find an agreement in one week that is great, and if we find it in one year, it’s great as well.

“What we want to do is to have an impact on global football and an impact on making football global, and we take the time, with the utmost of understanding for all the positions and respect for everyone.

“Whether it’s a World Cup every two years, the World Cup every three years, a different type of competition – we had the Confederations Cup in the past. We have to think about what is best for the development of football.”