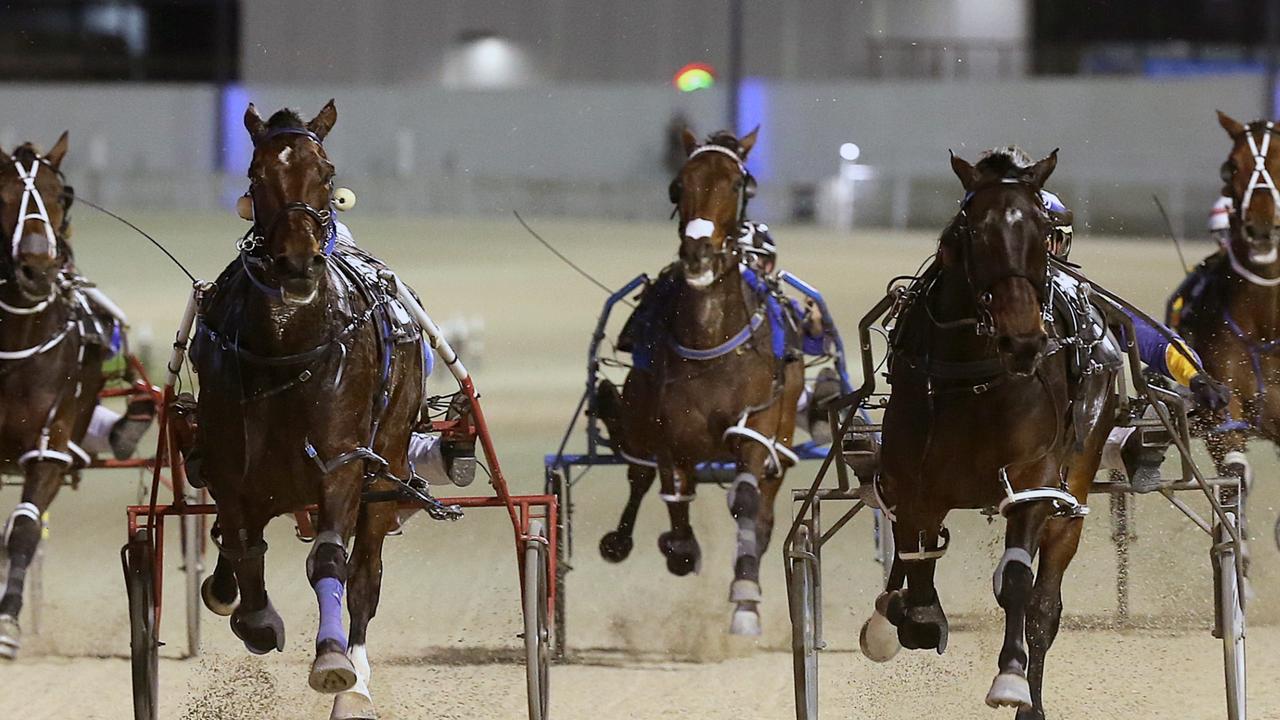 Blossoming young NSW trainer Jason Grimson has a lot more big races in his sights after beating New Zealand’s best on their own patch in Auckland on Friday nigh night.

Grimson’s stable star Majestic Cruiser came from a mile back and wobbled around the final bend before blasting past New Zealand’s pin-up pacer Self Assured to win the Group 1 Messenger in a national record time at Alexandra Park.

It was another milestone moment for Grimson, who first burst into the big league last December when he scored an upset win with Boncel Benjamin on protest in the Sydney Inter Dominion pacing final.

“I’ve been training at Menangle for about six years, but it’s the past 18 months or so where things have gone to another level,” he said.

“I’d have to say this (Auckland) win is as satisfying as any. To do it away from home and turn the horse around in a week from when he didn’t really handle the track (they race the opposite direction in Auckland).

“He had a (lugging) pole on, so I took that off. Really stripped him back to basics then worked him the Auckland direction at Pukekohe during the week and started to get confident. He worked really, really well.

“I knew he was up to them on what he did in the slot race at Cambridge. He was enormous there and ran up to that again last night.”

Even when Boncel Benjamin won the Inter Dominion final and Majestic Cruiser was unplaced from a bad draw, Grimson insisted the latter was his best horse.

What has most impressed and even surprised rival horseman is the fact both Majestic Cruiser and Boncel Benjamin are recycled pacers from Victoria who have gone to all-new levels in their careers under Grimson.

Now Grimson has his sights set on the riches of the Queensland Constellations Carnival through June and July.

“They’ve still got the Auckland Cup over here, but I’m skipping that. It’s too long a break, so I’ll give him a week off over here and then get him back home to prepare for Queensland,” he said.

“He’ll probably just have the one lead-up run at Menangle before going up for the Sunshine Sprint and Blacks A Fake.”

Grimson’s success has come in tandem in with the rise of top young driver Cam Hart, who does much of his stable driving. He credits Hart with helping “make” Majestic Cruiser.

“When I first got a call asking if I’d take Majestic Cruiser to the slot race, I said only if Cam drives him. They said no, so I said I wasn’t interested,” he said.

“Cam’s been a huge part of helping make the horse. He should be on him and he’s best person to drive him, as he showed again last night.”