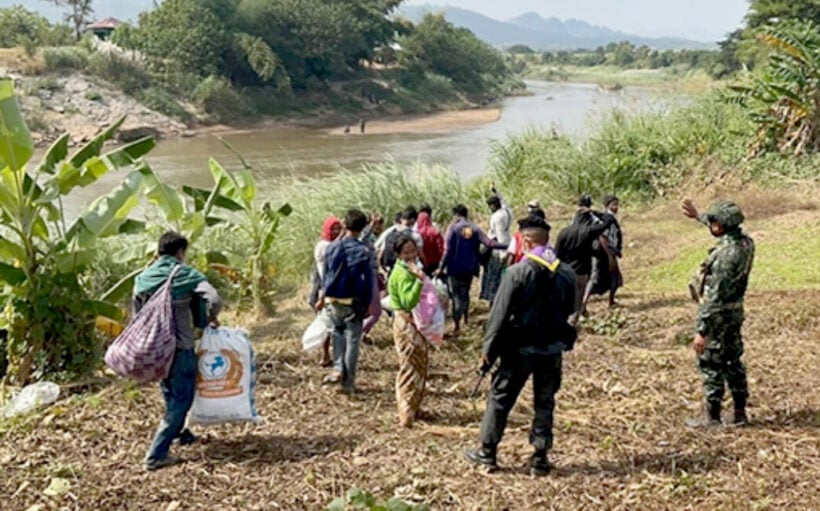 After fleeing Myanmar amid conflicts between the military junta and rebel forces, thousands of Karen refugees are choosing to return to their homes, according to a military source. The refugees were being housed in a temporary shelter in the Mae Sot district in Tak province. This is seen as a positive step in the ever-evolving conflict, as fighting between the government and anti-junta protestors has died down.

2,676 ethnic Karen people escaped from the country into Mae Sot amidst the armed conflict between Myanmar’s border guard force and the Karen National Union. Humanitarian aid was organised by a combination of the Border Patrol Police Company 346 and the Naresuan Force, with help from administrators and territorial defence volunteers.

The Burmese refugees were boarded in a temporary shelter at Ban Mae Tao Klang School in tambon Mae Tao. Once the battling factions calmed down a bit, many of the displaced Burmese said they’d like to go back to their home country.

The Karen refugees are being slowly repatriated return in groups of 100-200 per day, organised by local authorities, crossing the maritime border from Mae Ku Luang and Don Chai villages, nestled on the bank of the Moei River.