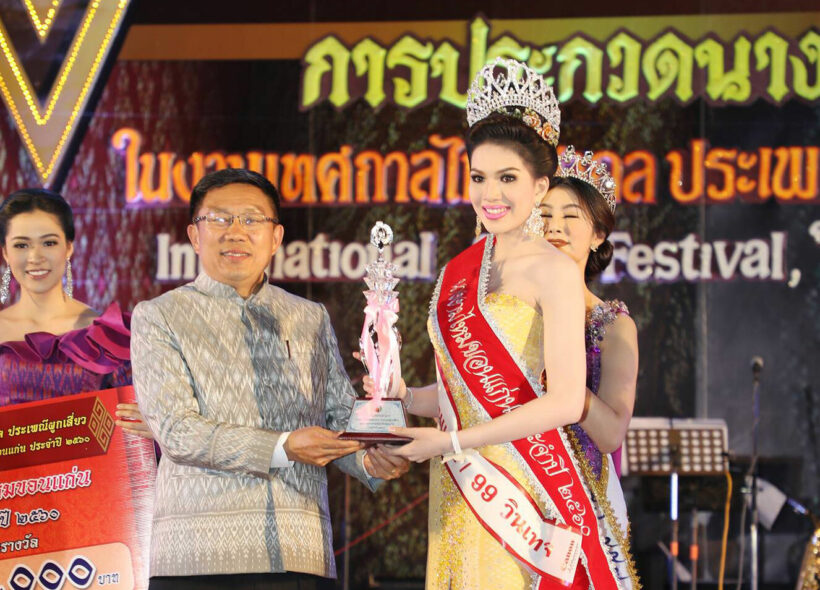 A Thai beauty contest winner has posted on Facebook claiming that she had been sexually assaulted by a Grab motorcycle taxi driver last Saturday in Khon Kaen, northeast Thailand.

The beauty queen posted a screenshot of the Grab driver’s details online warning others against using his motorcycle taxi services. She has filed a police report at Khon Kaen City police station. The driver is now facing indecency charges.

“On April 16, at around 1am, I got a Grab taxi from the university into the city. I confirm I was sexually assaulted. I always use Grab and I have met a lot of nice drivers. I have never experienced an incident like this before. These incidents should not happen.”

She says she had a normal conversation with the driver at first but then when they neared the destination, he took a detour. Then, the driver touched her leg, but she batted it off thinking it was unintentional. Then, he stroked her leg again and asked her if she wanted to go to a hotel with him. The driver took her down a dark alley, but luckily there were people there, so he turned back. In the end, the driver took her to her destination.

“I was very afraid but I tried to brush it off, I didn’t know whether he had any weapons.”

“I arrived and I am okay, but the incident shouldn’t be forgotten in case someone else is not as fortunate as me.”

Sarocha filed a complaint with Grab and filed a complaint at Khon Kaen City police station yesterday. Officers at the police station said they are waiting for Sarocha to come in to give further testimony. The accused, who is facing indecency charges, will be summoned for questioning and further legal proceedings. Additional charges will be added if the investigation finds that more offences have also been committed.

Acts of indecency in Thailand are punishable by a maximum sentence of 20 years imprisonment and a maximum fine of 40,000 baht.