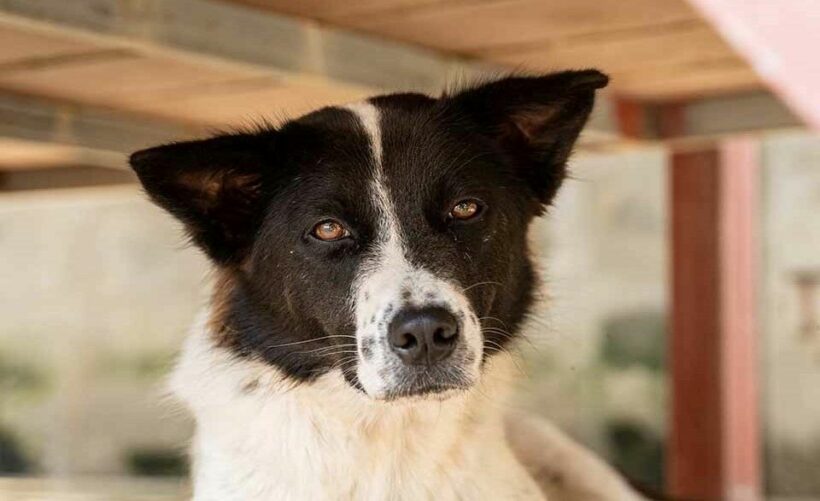 A woman in the northeastern province of Nakhon Ratchasima claims she has evidence that seven of her beloved dogs have been poisoned to death. She thinks she knows who the culprit is and has filed a complaint at the local police station in the hope they will be prosecuted. Dog poisoning is sadly a regular occurrence all over Thailand with both soi dogs and family pets often subjected to poisoning.

Seven out of ten dogs belonging to 44 year old Pritsana Khaokratok have died from poisoning, she reported today. She claims her dogs have been poisoned over ten times. One of her neighbour’s dogs also died from expected poisoning.

Pritsana has evidence of the blue pills used to poison the dogs, which she is using to support her police complaint at Nakhon Buri Police Station. Pritsana suspects one of her neighbours is the culprit and says the person has poisoned many pets in the local area. She has tried to speak to them about their motivations but Pritsana said the suspected culprit refused to speak with her.

The events have instilled fear into local dog owners, who have resorted to tying up their dogs with chains or keeping them in cages to protect them from the dog poisoner.

Thailand’s street dogs are not for everyone. They often hang out in packs and sometimes attack pedestrians or motorcycle riders. Sometimes the attacks can’t be helped. However, in most cases, making yourself look big, growling and stomping your feet at the dog is usually enough to scare it off. Street dogs can smell fear and those who run the other way are usually the ones to get chased and attacked.

Some people take it upon themselves to tackle the problem of soi dogs by poisoning them. Other times, family pets are targeted in their own yards, of which the motivation can’t really be explained. It is expected that only a slither of the dog poisonings that take place across the country actually get reported.

If you want to adopt a dog, make a donation, volunteer or simply learn more about the people helping Thailand’s stray dogs, check out the following organisations…

Some pages like Furget me not Thailand and The Adoptable Puppy Cafe post about dogs who need adopting in English.