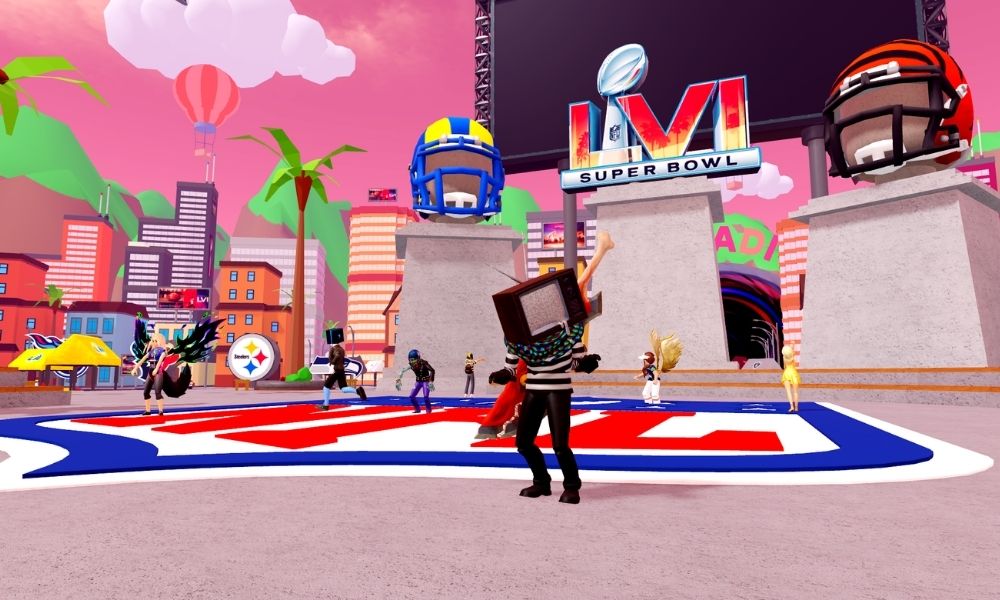 The National Football League (NFL) has expanded its metaverse presence with the launch of a new ‘NFL Tycoon’ experience in the Roblox video game ahead of Super Bowl LVI this weekend.

Roblox is a free-to-play (F2P) online gaming universe aimed at children, where players create avatars, build their own game areas, and participate in games and events.

The game has more than 50 million active daily users and the NFL, which already has an online store on the platform, believes Roblox offers an ideal opportunity to engage with the next generation of American football fans.

The NFL says it is the first major North American sports league to have a persistent presence on Roblox, and will use it to offer live events and gaming experiences. The headline feature is ‘NFL Tycoon’, an interactive game developed by metaverse specialists Melon in which players build their own NFL-centred world and try their hand at being a team owner.

They can build virtual stadiums, collect and trade player cards, and compete in leaderboards that unlock in-game rewards.

The space will also host events that tie in with the NFL calendar. The first such event is ‘Destruction House’, a tie in with an upcoming television commercial planned for the Super Bowl. Players can ‘playfully’ destroy a neighbourhood house in order to unlock and purchase limited edition virtual goods influenced by the Super Bowl, the two competing teams, and the NFL itself.

“We see Roblox as an extension of NFL’s real-life engagement platforms for emerging social connectivity where fans can learn the game and business side of NFL football,” said Joe Ruggiero, senior vice president of consumer products at the NFL. “This is a new frontier of how fan engagement will evolve for the league, and we are excited to be a part of this dynamic space that will continuously evolve over time with new experiences.”

“Partnering with NFL, a digital innovator, brings more ways for our community to celebrate their fandom,” added Christina Wootton, vice president of  global brand partnerships at Roblox. “We are excited to see sports and entertainment evolve to bring in fun, authentic, and engaging experiences that push the boundaries of creativity and bring fans closer to some of the biggest moments in sports and culture.”

Many established brands have set up a presence within Roblox to engage with consumers and to create new revenue streams.

Spanish soccer giants Barcelona have previously used Roblox to show off their new official kits, while sportswear giant Nike recently launched a dedicated game area called ‘Nikeland’. Nikeland is free to visit on Roblox and users can obtain official products and rewards to use with their avatar.