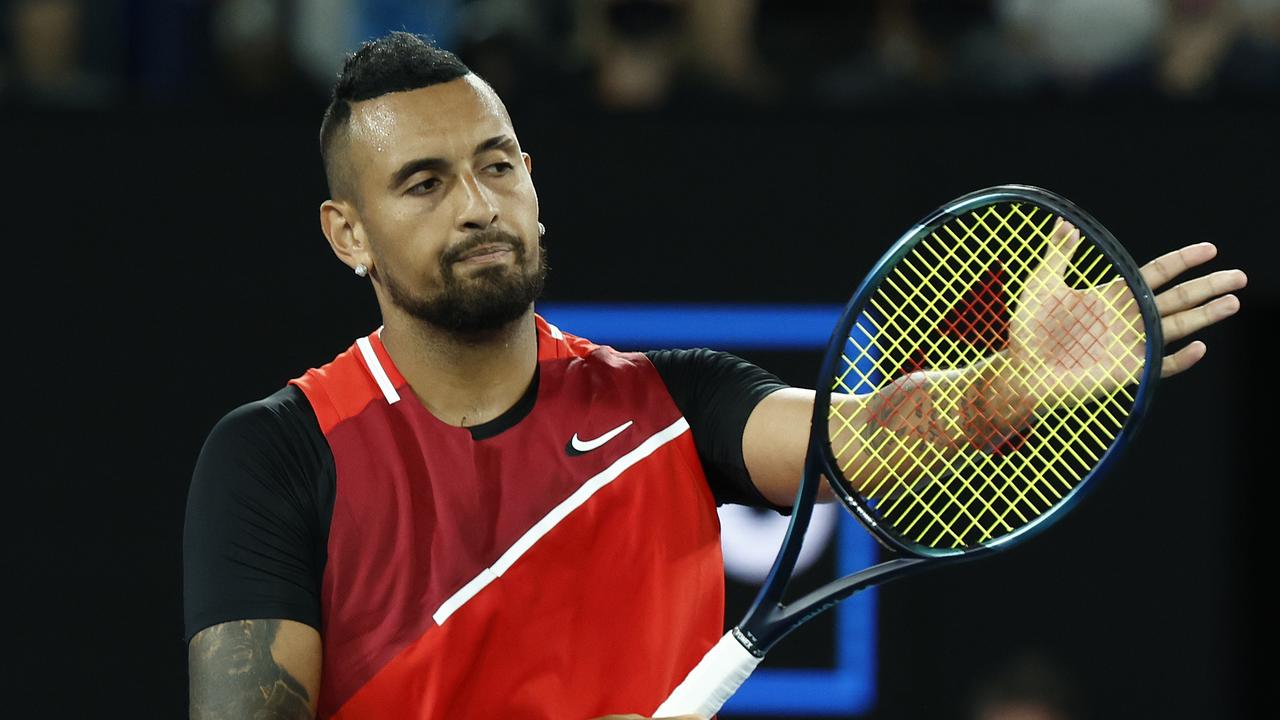 Thanasi Kokkinakis has flipped the script on rumours surrounding Nick Kyrgios’ “snub” at the hands of Lleyton Hewitt.

Kyrgios last week also pulled out of the Delray Beach ATP Tour event in Florida, which begins next week.

His schedule has not been revealed and his participation at big ATP Tour events at Acapulco, Mexico, and Indian Wells in California are also yet to be announced.

The 26-year-old was the big omission when Davis Cup captain Lleyton Hewitt announced his squad for Australia’s Davis Cup qualifier against Hungary in Sydney on March 4 and 5.

Kokkinakis was picked in the team for the first time since 2015, alongside Alex de Minaur, Alexei Popyrin, John Peers and Luke Saville.

Finally rid of injury, Kokkinakis will be in contention for both a singles and doubles spot after also claiming his maiden ATP Tour singles title at the Adelaide International before the Australian Open.

There were reports last week Kyrgios’ omission from the squad was a “snub” from Hewitt.

Hewitt and Kyrgios have experienced a turbulent relationship in the past, but their rift appears to have been mended.

Kokkinakis has revealed it was Kyrgios who turned the two-time grand slam champion down.

“He definitely was asked to play,” Kokkinakis told Sky News.

“I think Nick has shown he always loves playing for Australia. I’m not sure exactly what he has on, but he obviously has something pretty important.

“He’s obviously in our strongest team. He was definitely asked, and I think he and Lleyton have a good relationship, but he just wasn’t available for this time.”

Hewitt said at the time of the squad announcement: “Thanasi had a fantastic Australian summer.

“He really cemented himself as a top 100 player again, winning his first title at home in Adelaide and beating quality players. And then to go on to win the Australian Open doubles, this is going to give him a lot of confidence heading into this tie.”

Purcell and Hewitt have a frosty relationship, including the former criticising the dual grand slam champion for not telling him during the ATP Cup that he missed out on an Australian Open singles wildcard.

Australia will qualify for the end-of-year Davis Cup Finals if it can defeat Hungary, which is led by world No.39 Marton Fucsovics, along with Zsombor Piros, Fabian Marozsan, Mate Valkusz and Peter Fajta.