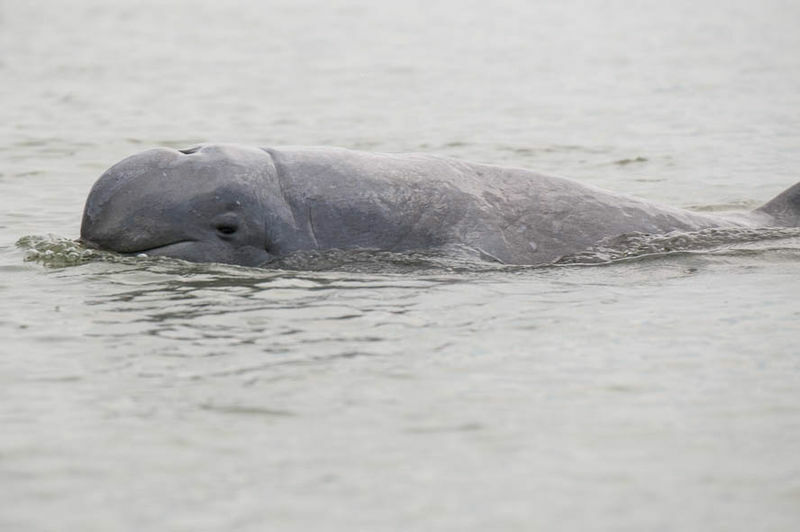 Thai officials are worried about the low number of dolphins of a particular breed in Thailand. Despite campaigns in past years to preserve Irrawaddy dolphins, only 14 of them were found in Songkhla Lake, and 89 in the Mekong River, according to a 2020 survey.

Natural Resources and Environment Minister Varawut Silpa-archa said that dolphins often die when they get caught in fishing nets. He said in 2014, there was a campaign to offer buy the nets from the fishermen, using funds from different organisations. He said the campaign appeared to work for some time, as fewer dolphins were found caught in nets. But in recent years, the campaign seems to have stopped being affective.

“Between 2020 and last year, at least two Irrawaddy dolphins were found dead in a huge fishing net after some fishermen used it to catch giant catfish in Songkhla Lake.”

Varawut said that now that the number of giant catfish has increased, more fishermen want to catch them because they can sell them at a high price.

The Irrawaddy dolphin (Orcaella brevirostris) is a euryhaline species of oceanic dolphin found in scattered subpopulations near sea coasts and in estuaries and rivers in parts of the Bay of Bengal and Southeast Asia. It closely resembles the Australian snubfin dolphin (of the same genus, Orcaella) and was not described as a separate species until 2005. It has a slate blue to a slate grey colour – Wikipedia

Varawut stressed that freshwater dolphins are found only in the Irrawaddy River in Myanmar, Mekong River in Laos and Cambodia, Mahakam River in Indonesia, Chilika Lake in India and Songkhla Lake in Thailand. He called on all of Thailand’s political parties to work to preserve them.

Last week, tourists and locals at Phuket’s Nai Yang beach, near the Phuket International Airport, spotted a dolphin stranded and grounded in shallow waters. Rescue teams then rushed to give the dolphin first aid, lifting it onto a stretcher on the beach so that a marine veterinarian could examine it. A marine vet and the national park head both suspected the dolphin was likely wounded by a discarded fishing net.

Thailand struggles to protect its wildlife from human activities. This is particularly true of major tourist hotspots like Phuket. In December last year, more turtle nests were spotted in Phuket than were rarely seen in the days before the pandemic, according to the Phuket Marine Biological Centre.