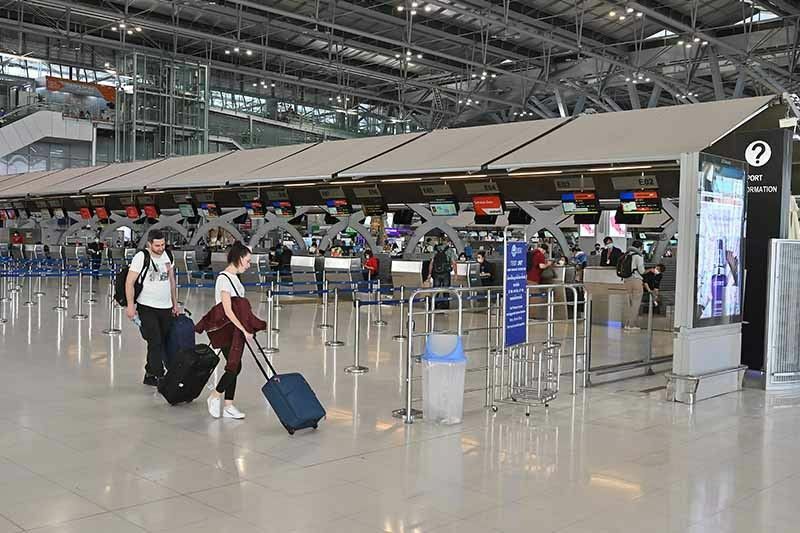 A crazy day in The Thaiger office as we pushed out all the latest Test & Go Thailand Pass info as fast as we could, translated and checked. I forgot a number of important meetings as we knew people wanted to know what was happening with the Thailand Pass. We wanted to know too as we are also directly affected by the peaks and troughs of the Covid rollercoaster.

It was frustrating, very sad and kind of surreal. We’d been eagerly posting positive stories for the past month as it appeared the Land of Smiles was, indeed, getting its ‘smile’ back on and there was hope in the air, even with some bars starting to open up again, whether they were legally meant to or not.

But this latest edict from the Thai Government, via the CCSA, was a surprise. Even we didn’t think they’d shelve the Test & Go and Sandbox programs. But they did.

“Registration is closing today for travellers wishing to enter Thailand under the Test & Go quarantine exemption program, and the Sandbox entry scheme, with the exception of Phuket. In an urgent meeting this afternoon, chaired by PM Prayut Chan-o-cha, the Centre for Covid-19 Situation Administration decided to stop accepting new tourists under the entry schemes starting at midnight. The government will review the situation after the holidays on January 4.”

This news, based around fears of a wave of the new Omicron Covid-19 variant sweeping through Thailand, will be a knockout blow for some businesses – the ones that are left and have been clinging on by a thread of hope that the worst may be over. But, again, we’re looking down the barrel of an extended time without a lot of international tourists.

As it was, the uptake of the Thailand Pass programs since November 1 had been lukewarm, at best. The actual arrivals of tourists were well under the predictions of the TAT and throw any predictions for 2022 into complete disarray.

The question for Thailand’s government now is… what next?

After a brief moment of celebration for Christmas and new Year (then again, maybe we’re being overly optimistic that we’ll even get to New Year without more restrictions), there will be some sort of reckoning about the real-world impact of Omicron, in Thailand and everywhere else.

We already know that the variant is approximately 7 times more contagious, but we still don’t know the long term symptoms as it’s relatively new and Omicron is still incubating in many thousands of people.

Early anecdotal accounts say that Omicron appears to be less dangerous. But the sheer weight of numbers may still lead to a number of hospitalisations (or even deaths) that governments find unacceptable.

Let’s hope that these early observations are backed up with data to support a hopeful prognosis for those becoming infected. As to the keyboard warriors that diss Omicron out of hand, with little more than their misinformed drivel that “it’s just a bad cold”, you don’t know… even the world’s leading scientists don’t know at this time. But we hope like hell you’re correct.

But even in the best case scenario, we’re heading into another period of global uncertainty surrounding Omicron and the evolution of the Covid pandemic.

There are also, looming, a number of complex geo-political and economic events that are teetering. In no particular order, the fallout of the Evergrande/Sinic Holdings/China Properties Group/Fantasia defaults, the viagra-fuelled US stock market, critical shortages and world supply chain problems, and countries staggering under increasing inflation with their economies flagging.

Omicron, or more specifically, the reaction of governments to Omicron, is going to push some, or all, of these issues to Def Con 1. Some of these may become real black swan events that will affect millions of people and slow the global recovery for years, or decades. Except that they’re not really black swans… we’ve seen many of these coming for at least the last 2 years.

For Thailand, the early months of 2022 will be very difficult. There simply won’t be many international travellers. Even if Thailand suddenly reopened its borders and removed all restrictions, who is coming at this time?

Thailand could have all the best intentions in the world but the tourists have to come from somewhere and, given what’s happened since November 1 this year, it’s difficult to imagine where the next wave of spending tourists will be arriving from.

On a positive note, as I looked around our office as we were posting this dreadful news, I was comforted by the fact that all of us were healthy, working, committed and safe. But we are also desperately sad for the thousands who were coming to visit the country we love and enjoy what we are lucky enough to call home every day.

The Thaiger will bring you all the latest, confirmed news, accurately and in a timely manner.