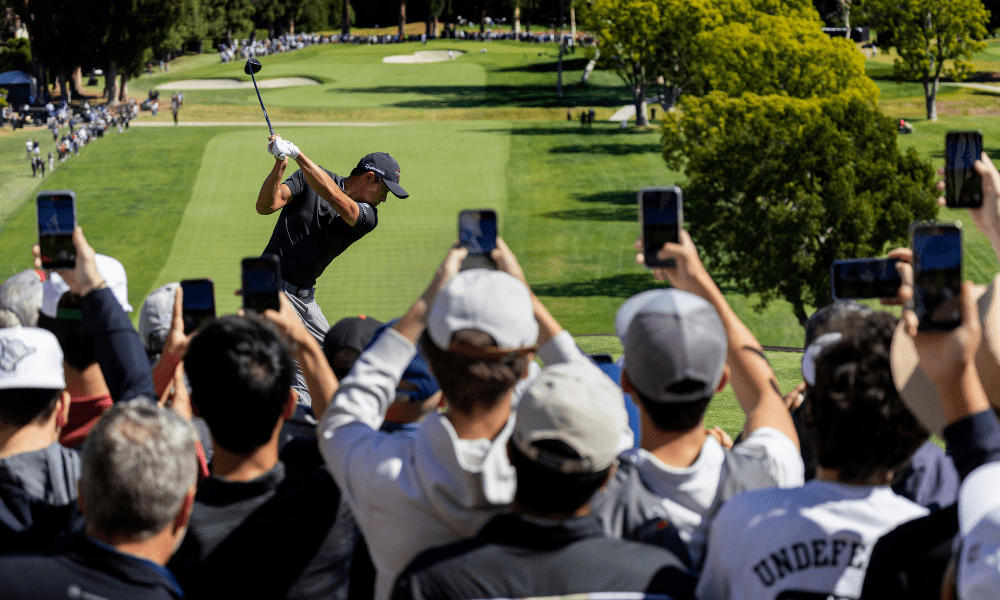 This week we returned to North America for the first time in two years for SportsPro’s OTT Summit USA in New York. The two-day event had everything – delegates from across the sector, a line-up of great speakers, and a wonderful venue in the form of the New York Mets’ Citi Field. We even got some unseasonable snow that would have scuppered any chance of baseball if the Mets were in town.

Tina Shah, executive vice president and general manager at Turner Sports, told the audience about her career to date and how it was her dream to work in the sports industry before offering some insight into Turner’s strategy of acquiring premium live sports rights that can engage fans across its various platforms. In addition to the NHL, the company is already a long-term broadcast partner of the National Basketball Association (NBA) and will soon be the home of the US national men’s and women’s soccer teams.

She said the shift to OTT provided Turner with the opportunity to maximise the value of these rights and take advantage of new revenue streams, including betting. The integration of betting with OTT platforms was one of the main themes of the event, with many people I spoke to eager to take advantage of new technologies and liberalised gaming laws in the US. The enthusiasm hasn’t yet been tempered by warnings from mature betting markets about the associated dangers, but Shah did say that Europe offered plenty of lessons to learn from.

🗣️ ‘Our fans want to be able to connect to our content. To enable that, you need a diverse set of voices’

Meanwhile, ESPN is no stranger to innovation. The self-proclaimed ‘worldwide leader in sport’ pioneered sports television as a cable channel in the 1980s before transforming into a multimedia empire that spans numerous linear channels and digital platforms. Now it is a major player in the DTC market with its ESPN+ service, while it serves as the sports content arm of one of the biggest media companies in the world – Disney.

ESPN’s president of programming and original content Burke Magnus and senior vice president of original content Brian Lockhart spoke about how its own content strategy had adapted to this multi-channel environment. Its NHL deal is a perfect example of this, delivering regular season and playoff games for its linear channels, four Stanley Cup Final series on ABC over seven years, and more than 1,000 games on ESPN+. Meanwhile, emboldened by the legacy of the 30 for 30 documentary series and the success of The Last Dance, original content is an increasingly important part of its portfolio.

There were also plenty of opportunities to look even further into the future and how broadcasters can embrace the metaverse. As a former journalist, head of production at IMG, and chief executive of Eurosport, Peter Hutton is someone who knows the industry well, and was on hand in his current role as director of sports partnerships at Meta to explain the company formerly known as Facebook’s vision of what the metaverse is.

Specifically, Meta wants to help sports organisations and rights holders to aggregate multiple applications and services, including live content, fantasy sports, news and betting, into a single screen. This ensures fans have a more consistent experience that engages them for longer, driving revenues. In the long term, this will be through virtual reality (VR) headsets and augmented reality (AR) glasses, with several tech firms rumoured to be working on the latter.

This year’s OTT Summit USA coincided with International Women’s Day and the event featured our most diverse and representative speaker line-up to date. Mainstream coverage of women’s sport has increased significantly in recent years but there is so much more that can be done. Growth of women’s sport relies on greater exposure to drive participation and commercial revenues – a point that was reiterated by various panels, including one on women’s soccer.

Andrea Ekblad, rights director of women’s sport at DAZN, which agreed a global rights deal for the Uefa Women’s Champions League (UWCL) last year, said: “Our vision is a world where men’s and women’s sports are viewed equally, and our mission is to create more demand.”

Esmeralda Negron, a former player and co-founder of women’s soccer platform Ata Football, agreed: “Often it is argued that women’s sport has no fans but it’s hard to watch something that has never been promoted.”

That campaign for greater visibility and representation was reiterated by a panel on the accessibility and sustainability of women’s sport, and by Carol Stiff, advisory board chair of the Women’s Sport Network, who closed out day two.

For many attendees it was their first in-person event in two years and those I spoke to were delighted to be able to connect with old friends and make new contacts over the two days. The two stages and networking areas were a buzz of activity, and the stadium tours offered an opportunity to peak behind the scenes at one of the US’s finest modern sports venues.

🗣 ‘Once we launch and people have a taste for what we’re going to offer, I think the phone’s going to ring off the hook’@CStiffwin, advisory board chair of the Women’s Sports Network, talks about the streaming destination’s big ambitions #OTTUSA22 #SportsBiz pic.twitter.com/qJ4KO0oMbP

Big tech may not have disrupted the media rights market as some within the industry may have hoped, but Apple’s first foray into sport is significant. Starting this season (lockout permitting), a weekly Friday night Major League Baseball (MLB) doubleheader will be shown exclusively on the AppleTV+ platform, which will also see a digital highlights package shown on the Apple News application.

It’s not much, but it’s a start. Much like Amazon’s acquisition of the ATP tennis rights in the UK, MLB will provide Apple a chance to experiment with live streaming, which is technically very different from delivering a library of on-demand content.

My own view is that Apple would have either ignored sports entirely or it plans to go even further. It’s unlikely that anyone but the most ardent of baseball fans will subscribe to AppleTV+ just to get Friday Night Baseball.

At SportsPro OTT Summit USA, I joined my colleagues Nick Meacham and Chris Stone (who you may know from our StreamTime Podcast) on a panel where we were invited to make our most outlandish predictions for the OTT market in 2022.

One of my predictions is that Apple will win the National Football League’s (NFL) Sunday Ticket package, giving it access to the US’s most premium sports property and providing its streaming platform with a unique selling point.

Let’s see if I was right in a year’s time.

Has the death of pay-per-view been greatly exaggerated?

The pay-per-view (PPV) model has served many sports well over the years, most notably boxing, mixed martial arts (MMA), and professional wrestling. But the concept was denounced as ‘dead’ when DAZN secured the rights to Matchroom and Golden Boy Promotions’ fights, while WWE has shifted to a subscription-based model, first with its own OTT platform and now with Peacock.

So, it came as some surprise when it was announced that Canelo Alvarez’s next two fights were to be shown on DAZN via pay-per-view. DAZN has reiterated its belief that PPV remains an outdated model, but admitted it needed to be flexible to secure these rights.

Perhaps there is life in PPV for a little longer just yet.

Trends to keep an eye on