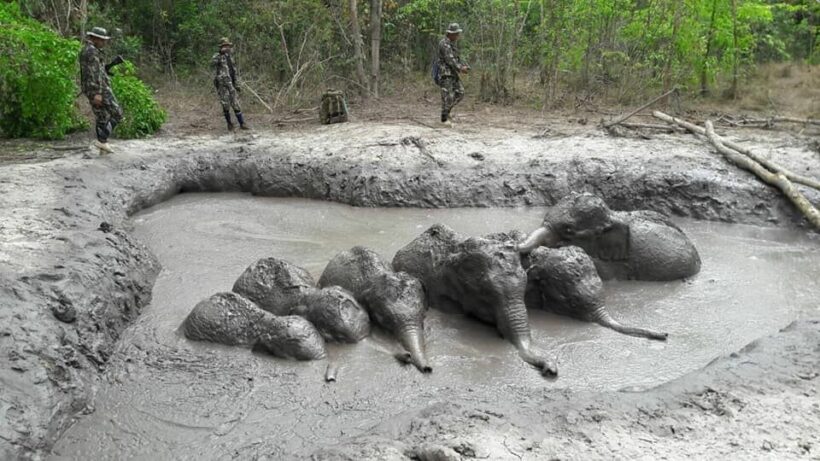 Netizens are going wild over photos posted on Facebook yesterday morning of six naughty wild elephant calves that ran off from their herd to cool off in a pool of mud at a national park in Prachin Buri province, central Thailand. The baby elephants played for so long that they exhausted themselves and couldn’t get out. Their muddy bodies were slipping and sliding all over the place and the calves just couldn’t seem to escape the mud. Park rangers stepped up to the tusk and helped the calves out.

Park rangers from Thap Lan National Park used spades and pickaxes to dig out a slope for the elephants to walk up. Apparently, there is one particularly naughty elephant who is the leader of the group. Park rangers are sure it was him who led the others astray.

The head of the national park revealed that the incident actually happened three years ago in 2019 and the park rangers just posted the story on Facebook yesterday, attracting a lot of attention from Thai netizens. So while the story might not be that r-elephant, it sure is cute.