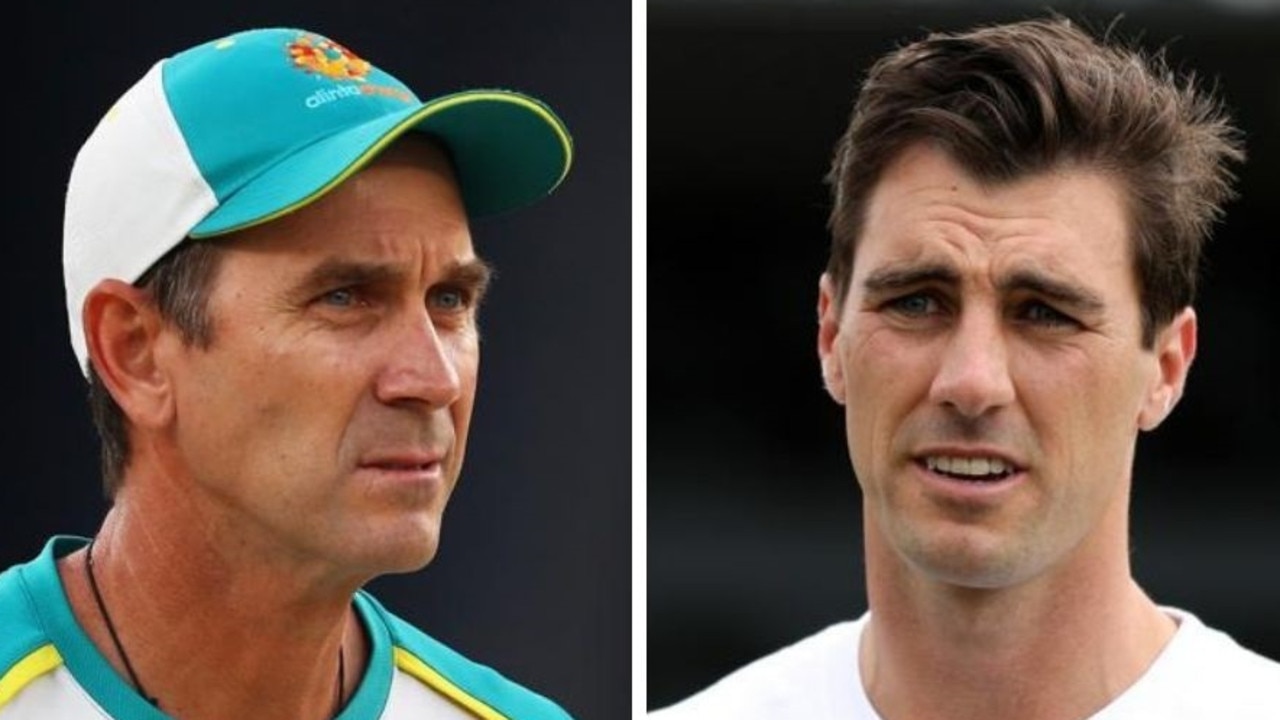 Australian Test captain Pat Cummins has broken his silence following Justin Langer’s highly-publicised resignation, revealing why he believed it was the right time for a changing of the guard.

Cummins copped some criticism for not making his position clear leading up to Langer’s resignation, with several former players condemning the pace bowler for not backing the coach. Ex-teammate Mitchell Johnson was the most scathing, calling the new Test skipper “gutless”.

But the New South Welshman has released a statement ahead of Australia’s five-match T20 series against Sri Lanka, explaining the team needed a “new style of coaching and skill set”.

Cummins also took a pointed swipe at former players who have slammed him in the media, saying he will continue to stick up for his teammates throughout the transition process.

“There has been much public comment since Justin Langer’s resignation as the Coach of the Australian Cricket team,” Cummins said. “For good reason, I haven’t made public comment before today.

“I believe in respecting the sanctity of the change room and proper process.

“Now that a decision has been made by Justin to resign and given his own public comments and others by Cricket Australia, I can provide some clarity.

“Justin has acknowledged that his style was intense. And it was.

“He has apologised to players and staff for his intensity.

“I think the apology was unnecessary.

“Because the players were ok with JL’s intensity.

“It came from a good place – his fierce love of Australia and the baggy green – something which has served Australian cricket well for three decades.

“It’s what makes him a legend of the sport.

“These are significant Justin Langer legacies.

“And on behalf of the players, I thank Justin.

“More than that, we owe him a lot and Justin will be a welcome face in the change room in the future.

“So, his intensity was not the issue for the players and the support staff.

“The question is: what is the best style of coaching for the future, given how the team has evolved?

“We have been very well schooled in how to play cricket in the right way – in the correct Australian way.

“We understand the importance of always playing to the highest ethical standards.

“And the players need no motivation as I’ve never played with more motivated cricketers.

“To be better players for Australia, from this solid foundation, we need a new style of coaching and skill set.

“We welcome that Cricket Australia invited the players and staff to contribute to CA’s evaluation.

“I add that as professional sportspeople we would have accepted any decision CA were to make because that’s what professionals do.

“CA have made a brave call to transition, given the team has been winning.

“Finally, we are custodians of cricket, with one very big thing in common: our first duty is to Australian cricket, which is bigger than any one of us.

“I take this responsibility seriously. I live and breathe it.

“We also have a duty to our mates.

“Many former players have reached out to me and silently offered me their advice which is welcome.

“Some others have spoken in the media – which is also welcome and comes from a love of the game and their support of a mate.

“To all past players, I want to say this — just as you have always stuck up for your mates, I’m sticking up for mine.

“I’m looking forward to speaking with the media today before training.”

Originally published as Pat Cummins reveals why Langer had to go, hits back at legends’ hot takes