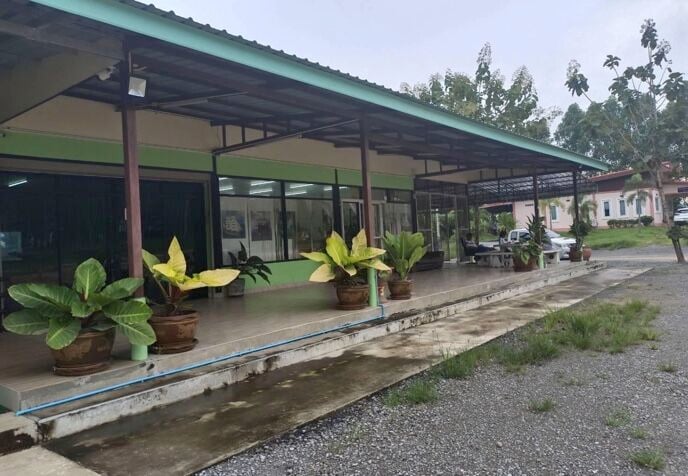 A Pattaya gunman is on the loose, according to a village chief in Chon Buri’s Bang Lamung district. The chief, 34 year old Chakkrit, had CCTV footage of an unidentified suspect driving by his house last night, and briefly stopping there to pull out a gun and fire it at the sky.

Chakkrit says the suspect then immediately fled the scene. His security camera didn’t capture the suspect’s appearance or the license plate. But Chakkrit was confident that the suspect must have been a reckless intoxicated person who shot a gun for fun. Chakkrit said he had no disputes with anyone.

However, Chakkrit has asked police to take serious steps, because the suspect could have hurt his child. He added that the shooting woke his child up from his sleep.

Chakkrit’s CCTV footage showed that the suspect had been driving a sedan toward Highway 331.

In the past few months, there have been a few gun-related incidents in the Bang Lamung district. Last month, a man who had allegedly abused his girlfriend threatened her brother with a gun at a store in the district.

In July, a man shot up the car of a man who was waiting there for his girlfriend at Pattaya Provincial Waterworks. The victim was luckily able the dive out of his car door and run into the woods as the shooter fired upon his car and then drove away. The shooter ended up turning himself into Bang Lamung Police Station.