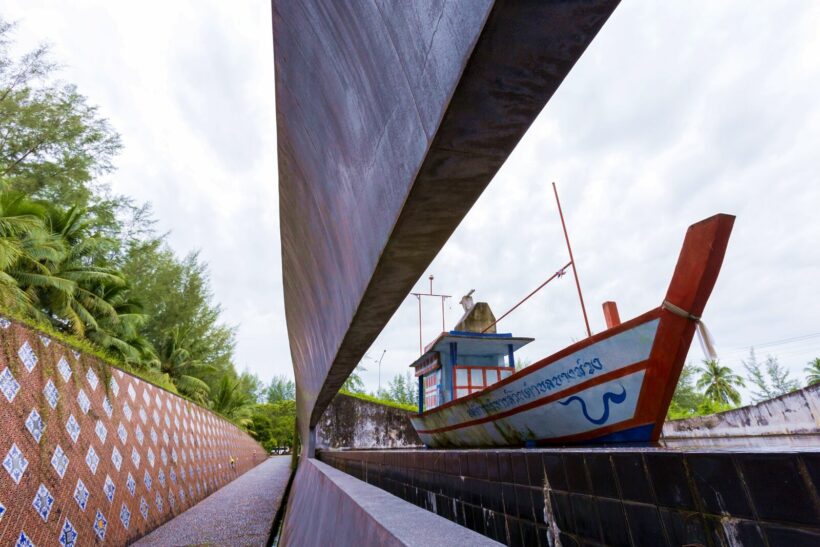 One Phang Nga village community that was hit hard by the 2004 tsunami, Baan Nam Khem, has officially opened a museum about the tsunami, known as the Asian Tsunami (which was commemorated again recently).

Thailand’s Minister of Culture, who attended the opening, says the museum will educate people about the history of how the tsunami devastated the Baan Nam Khem community, and also bring the community more income and create jobs. He said it would also teach people how to avoid or reduce suffering from any future natural disasters.

There has been displays and information on the site for many years.

The minister added that the museum would also be a tourist attraction, and a community centre for local art and culture. Thai PM Prayut was also at the opening ceremony by teleconference. He stressed that even though the tsunami happened over 17 years ago, people affected and their relatives still remember the tragedy and devastation. He also said Baan Nam Khem was the most damaged village in all 6 coastal provinces the tsunami hit.

The front of the museum has a curve that looks like a tsunami wave. Outside, there is a warning tower with a design that looks like fishing tools. There are 4 exhibitions. One of the exhibitions has two boats the tsunami destroyed, and another one has stories about it. The 2004 tsunami killed 279 people in Phuket, just south of Phang Nga, including tourists.

King Maha Vajiralongkorn’s nephew, Bhumi Jensen, also went missing on the morning of the tsunami. He was last seen jet-skiing off the coast when the waves slammed into the Khao Lak coastline.