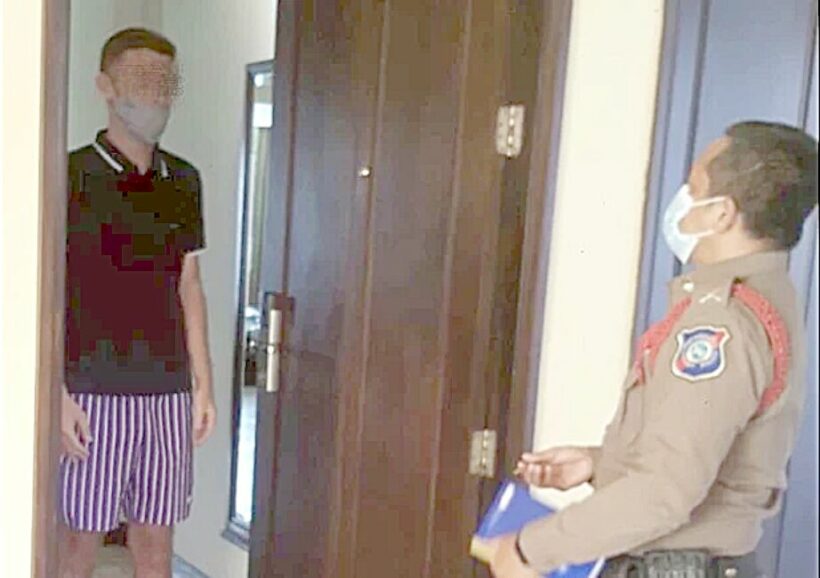 After frenzied reporting on Thai news yesterday, the police manhunt for a Covid-19 positive Russian tourist thought to have escaped his Phuket Sandbox hotel is over and considered a false alarm. The police 191 hotline received notification from the Patong Parak Hotel in Phuket that the man had disappeared from his room after testing positive for Covid-19.

The man was eventually found in the last place you’d think to look for him — his own hotel room. The 25 year old Russian man had been reported as a fugitive when he was found by staff not to be in his hotel room, but by 5:30 pm they were able to confirm that he was now back in the hotel and in his room. He told police that he was feeling stressed out, perhaps because of the positive Covid-19 diagnosis, and decided to go out for a walk on Patong Beach to get some fresh air.

The police hotline had contacted the Patong Police who put out an all-points bulletin asking anyone who knew the whereabouts of the Russian man to contact the 191 police hotline or the Patong Police directly. They circulated copies of the Russian man’s passport as well as the lab test results confirming that on Monday he had tested positive for Covid-19 at Vachira Phuket Hospital.

Police reported that he had disappeared in the morning and hadn’t been seen all day. They asked anyone who spotted him to report his location and warned anyone who may have been in contact with him to be tested for Covid-19.

The search was called off when he was found in his own hotel room, having come back of his own volition after taking a walk on the beach and clearing his head. The Tourist Police have questioned the Russian man about the incident.

For more information on how to get into Thailand during the pandemic, CLICK HERE