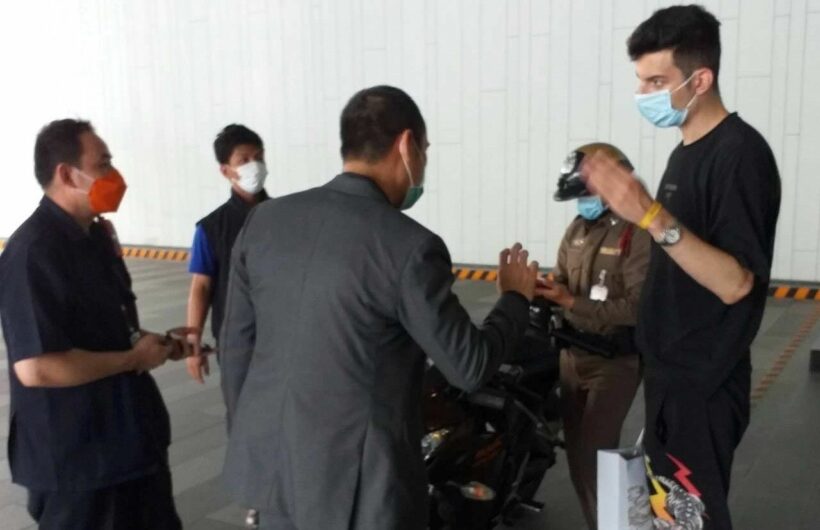 An expat resident of Bangkok, who was reported missing 9 days ago, has been found at a psychiatric ward in the capital. The 27 year old Portuguese national, Alexandre Freitas, was located at Somdet Chao Phraya Hospital, in the Khlong San district, after he was accused of stealing a pair of sunglasses from a shopping centre in the city.

According to a Coconuts report, the man’s friend, named as Stuart Holden, says Freitas did not intend to shoplift the sunglasses, but took them because he is mentally unwell.

“He walked into Emporium and, because of his sick state, tried to take sunglasses worth 30,000 baht. However, upon reaching the holding cell, he went insane, took his clothes off, and was transported to a psych ward to be evaluated.”

It appears Holden was unaware his friend has been transferred to a psychiatric ward and he went on social media to offer a 30,000 baht reward for information on the whereabouts of his friend. He was then contacted by Facebook user, Khlongfang Klangthung, who helped him locate Freitas.

Khlongfang says she saw Holden’s plea on social media and spoke to police at the shopping centre. The police advised her that Freitas had been taken to Thonglor Police Station after he was accused of stealing the sunglasses. She says it appears his mental state led him to shoplift the glasses. According to Holden, Freitas is prone to audio and visual hallucinations.

Khlongfang says she’s been in touch with the Portuguese man’s family and his father will arrive in Bangkok to pick his son up on Sunday. It’s understood Freitas has been living and working in Bangkok and first began to experience mental health problems 2 years ago.

Meanwhile, Holden has expressed his disappointment with the authorities for failing to notify him or the Portuguese Embassy while holding Freitas for several days.

“Only yesterday, they notified the embassy because of the post I made on Facebook. Now they tell me he has to be held for 10 days to confirm he wasn’t in the right state of mind to be released, so we can transfer him into the right hospital.”