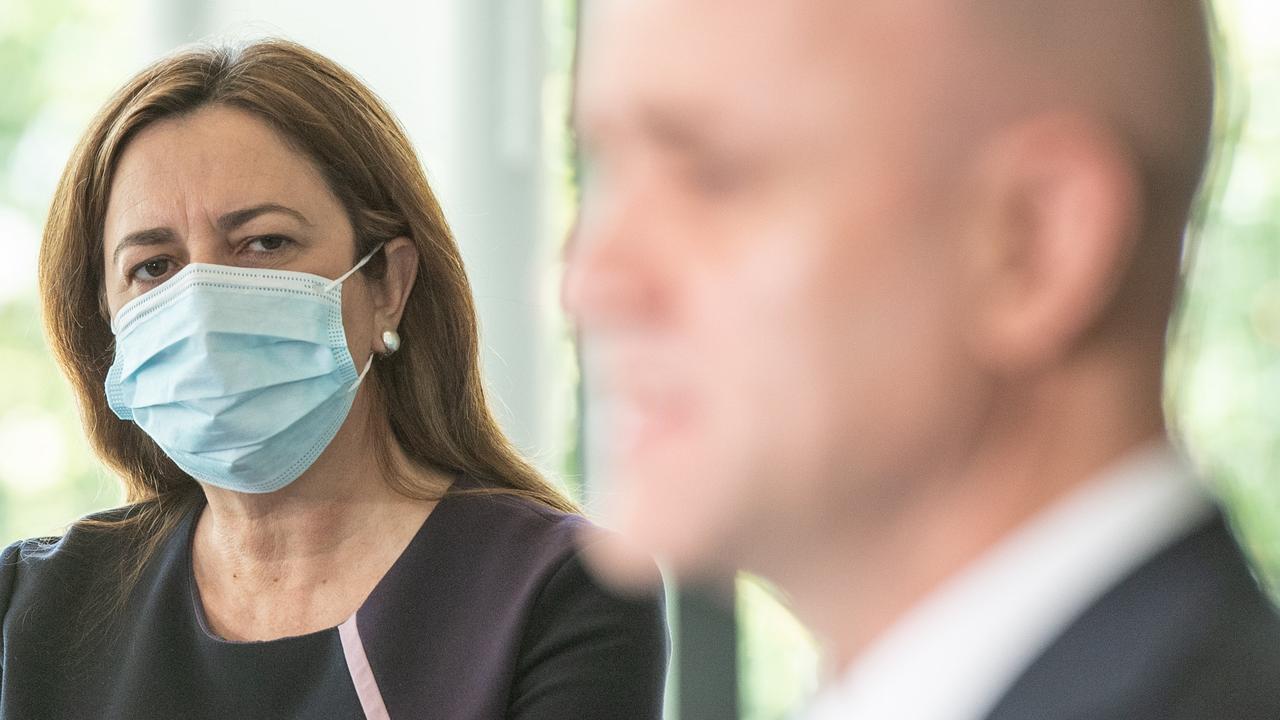 Queensland has announced a major change to its coronavirus management regime, with fully vaccinated close contacts of Covid-19 patients having their quarantine periods halved from 14 days to seven days.

“Currently, all of those close contacts go into quarantine for 14 days, which can have a dramatic impact, as you’ll understand, on operations and on businesses,” Deputy Premier Steven Miles said on Tuesday.

“Reducing that to seven days reduces the impact on those individuals as well as allowing businesses to get back up and running.”

The update comes as the Sunshine State sets a new record for daily coronavirus numbers, with 86 new infections on Tuesday, 79 of which were locally acquired.

This tops the previous record of 78 new cases set back in March 2020 and continues an expected surge following the reopening of borders last week.

Authorities expect case numbers could reach the thousands by January if daily numbers double every 48 hours as expected.

One only one case was acquired overseas.

Chief health officer John Gerrard said the majority of the 269 cases active in the state had minimal symptoms.

Of those active cases, 75 are in hospital.

Just one patient, who has other medical conditions, is in intensive care as a precaution.

Tuesday’s figures were a jump on the 59 cases recorded on Monday though the numbers remain in line with what government has prepared for.

Seven police officers in the Logan and Gold Coast districts are now confirmed as having caught the virus, with more than 110 officers and police staff remaining in quarantine.

However, the change in the ‘close contact’ rules will see many of these officers back out on the street in a couple of days.

Police Commissioner Katarina Carroll said 325 vehicles had been turned around at the border over the past day, as well as 16 heavy vehicles, as a result of people not having had their PCR tests.

“What we‘re seeing is some people aren’t making a genuine effort to get the PCR test and wait for that required little period to get the test back and then come into Queensland,” she said.

There have been 225,788 people granted border passes over the past eight days.

National cabinet is meeting on Wednesday to discuss booster shots and other public health measures, though Prime Minister Scott Morrison is adamant the time for heavy-handed lockdowns and travel mandates has passed.

Renewed mask mandates came into effect in Queensland at the weekend, while unvaccinated people are also barred from entering a wide range of venues and businesses.

NSW wound back a number of protections at the weekend.

Ms Palaszczuk on Monday also “strongly recommended” people wear masks while indoors but said this rule would not be mandated.

Commissioner Carroll also said a number of people had been ignoring the Covid health directions on mask wearing and mandatory vaccinations, with one arrest made and four infringement notices issued in the past 24 hours.