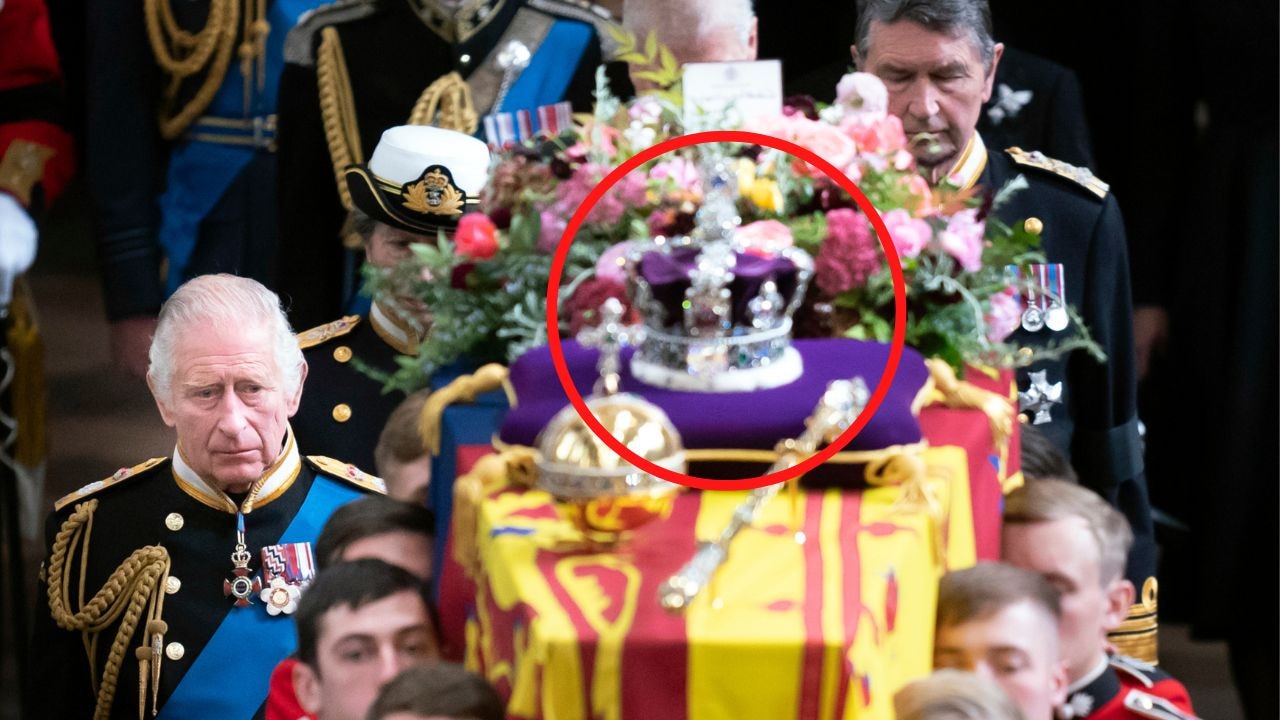 Calls have intensified for the $591 million jewel in the royal crown that sat atop the coffin of Queen Elizabeth II during her funeral to be “returned” to India.

The Queen’s death reignited a centuries-old campaign to correct the course of British colonialism by returning the Kohinoor – one of the largest and most expensive cut diamonds in the world – to its rightful owner.

While its exact origins are unclear, the British are said to have acquired the stone in the late 1840s after convincing 10-year-old King Maharajah Duleep Singh to surrender Punjab to Britain’s East India Company, with the diamond reaching Queen Victoria around 1850.

It has been a matter of contention between India and England throughout history, but with the Queen’s death there has been added urgency in calls to return the jewel.

Thousands have taken to Twitter begging for the diamond to be returned.

“It’s time to give the Kohinoor diamond back,” one wrote.

“On behalf of Indians, we want our Kohinoor back,” another said.

Prior to Monday’s emotional funeral for Queen Elizabeth II, the crown was last shown in 2002 resting on the Queen Mother’s coffin at her funeral.

The diamond has however changed hands more than once over the course of its long history, opening debate as to whether India is even the rightful owner.

Discovered “thousands” of years ago, the gem has spent time in the possession of Mughals, Afghans and Persians before it was held by the young Punjab Maharajah, and later the British according to Smithsonian magazine.

“The fact that India have the audacity to say that the Kohinoor belongs to them. I’m pretty sure it was originally found in Lahore therefore belongs to Pakistan,” one Twitter user contested.

“The Kohinoor is the most expensive diamond in the world. The diamond originally belonged to a Hindu temple. An object of British loot, it was forcibly seized from a … child Duleep Singh in a treaty after defeating him in war,” someone else argued.

Another claimed it belonged in Bangladesh.

“Kohinoor was taken from independent Hindustan not India, Bengal being the last of the Mughal empire the Kohinoor should be return to Bangladesh not India … on behalf of Bangladesh, I demand it back ’cause we need another Padma bridge,” they wrote.

Not a new debate

Jyoti Atwal, a historian at New Delhi’s Jawaharlal Nehru University, told the ABC King Charles III will now have to confront the past and apologise for Britain’s role in historical events.

However the campaign for the diamond’s return is not new.

In 2000, Indian politicians penned a letter to the UK asking for the Kohinoor to be returned.

“But, instead of returning the evidence of their rapacity to their rightful owners, the British are flaunting the Kohinoor on the Queen Mother’s crown in the Tower of London.

“It is a stark reminder of what colonialism truly was – shameless subjugation, coercion, and misappropriation.”

In 2013, then-British prime minister David Cameron during a visit to India ruled out giving the diamond back, saying “I certainly don’t believe in ‘returnism’, as it were – I don’t think that’s sensible.

“The right answer is for the British Museum and other cultural institutions to do exactly what they do, which is to link up with other institutions around the world to make sure that the things which we have and look after so well are properly shared with people around the world,” he said.

The diamond is next tipped to be worn by Queen Consort Camilla on special occasions like the coronation of King Charles III, then Kate Middleton if or when she becomes queen.