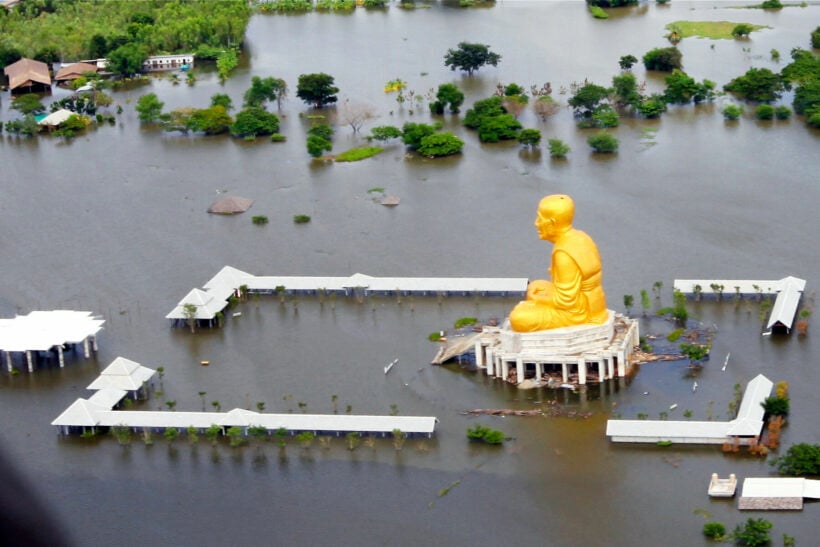 Thailand has been ecstatic to finally welcome back tourists – mostly – but now, after the pandemic, a new threat to tourism has emerged. The Tourism Authority of Thailand has said that it expects a normally profitable third quarter to be muted by the flooding in 21 provinces across Thailand. The floods are expected to affect corporate travel especially.

Much of Thailand sees drops in hotel pricing as it is outside of peak season, making it a perfect time for corporations to take advantage and book business trips, incentive travel, employee retreats, and other business-related travel. Government business trips are also popular in the third quarter as the fiscal year draws to a close at the end of September and all unused funds must be spent to maintain their budget for the next fiscal year.

Officials expect many provinces to be hit with a wave of trip cancellations due to flooding including Chon Buri (including Pattaya), Chantha Buri, Kanchana Buri, Nakhon Nayok, Prachin Buri, Prachuap Khiri Khan (with tourism hot spots Hua Hin and Cha-am), Ratcha Buri, Samut Songkram, and Suphan Buri. The governor of the TAT explains the domino effect of economic damages from floods.

“Some corporate groups have already cancelled or postponed their trips this month which mostly impacted destinations in the East and the Central region. Even though agriculture is the hardest hit sector, tourism in many places could be affected as purchasing power has decreased significantly.”

Flooding has created difficulties in travelling throughout regions as well as hazard warnings for tourism activities. In Chantha Buri, campsites warn people not to go camping or trekking and risk being caught in torrential downpours. In Rayong, officials at Khao Chamao National Park caution that heavy rains have made swimming in the waterfall too dangerous.

The pelting rain has overwhelmed floodwater drainage and is making getting around difficult in some areas. In the North, reservoirs and dams still have space and have not overflowed yet, though forecasts call for up to 20% more rain than usual.

But in the South and Northeast have full river basins on hills like the Chi and Mun Rivers that run the risk of flash flooding during a downpour. Overflow waters have sunk 412,462 rai of land from those rivers in 16 provinces so far.

While corporate travel in the third quarter is expected to drop from flooding, the TAT suspects the fourth quarter may boom with all the pent-up energy of those longing to travel. Through August, 566 billion baht was generated from 102.9 million domestic trips, and the TAT believes the goal of 656 billion baht and 160 million trips total by the end of the year is within reach.

Officials actually worry that when rain flooding subsides, a flooding of tourism could create problems, bottlenecking in major tourist hubs. They urge careful planning to have the infrastructure ready to welcome incoming tourists and a strategy of spreading the wealth by promoting and building up activities and attractions outside of the main tourist destinations.