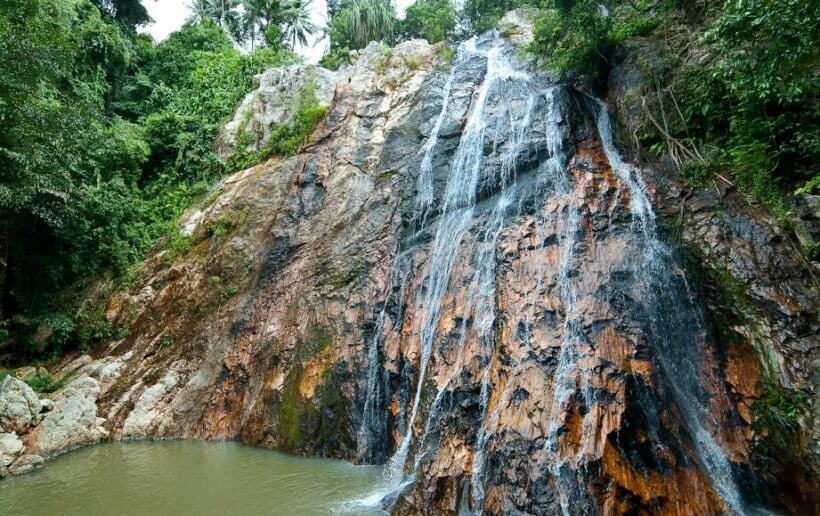 A young tourist has tragically perished in Koh Samui yesterday. The woman, 23 year old Romanian national Nane-Iosana Bodea, fell from Koh Samui’s Na Muang waterfall near the centre of the island, and hit her head on a rock. She reportedly had large wounds on the back of her head.

There are numerous signs and internet articles warning people about of the dangers of the different levels of the Na Muang waterfall.

Nane-Iosana’s friend told rescuers she had been taking a photo on the 4th level of the waterfall, and fell to the 2nd level. Nane-Iosana was reportedly a guest at the Bang Po Village hotel on the north side of Koh Samui. Her body was sent to Koh Samui Hospital for a post-mortem examination.

Nane-Iosana is not the first person to lose their life falling off Na Muang waterfall. 30 year old French tourist Bastien Palmier died the same way in 2019. Bastien had reportedly tried to take a selfie close to the edge of the waterfall.

The news of Nane-Iosana’s untimely loss comes after a string of 3 other tragic, unexpected deaths just yesterday. A fire in Phra Nakhon district in central Bangkok killed 2 women, who are believed to have died from suffocation.

Also yesterday, an installation worker in the city district of Chon Buri province was killed on the job when building a roof. The victim, 42 year old Yuttana Wanthayat, is believed to have been electrocuted when he stepped on a live power outlet on a wet floor. Officers from Chon Buri Police Station found Yuttana’s body facedown on the floor, with a broken power outlet at his feet.

Even though the police believe right now that Yuttana was electrocuted, they are still investigating the cause of his death.

Meanwhile, another tourist, this one in Phuket, went missing last week on Monday, May 9. The 76 year old woman is a German national, and reportedly has Alzheimer’s Disease. She went missing from her hotel in Thalang district, and police are continuing to search for her.