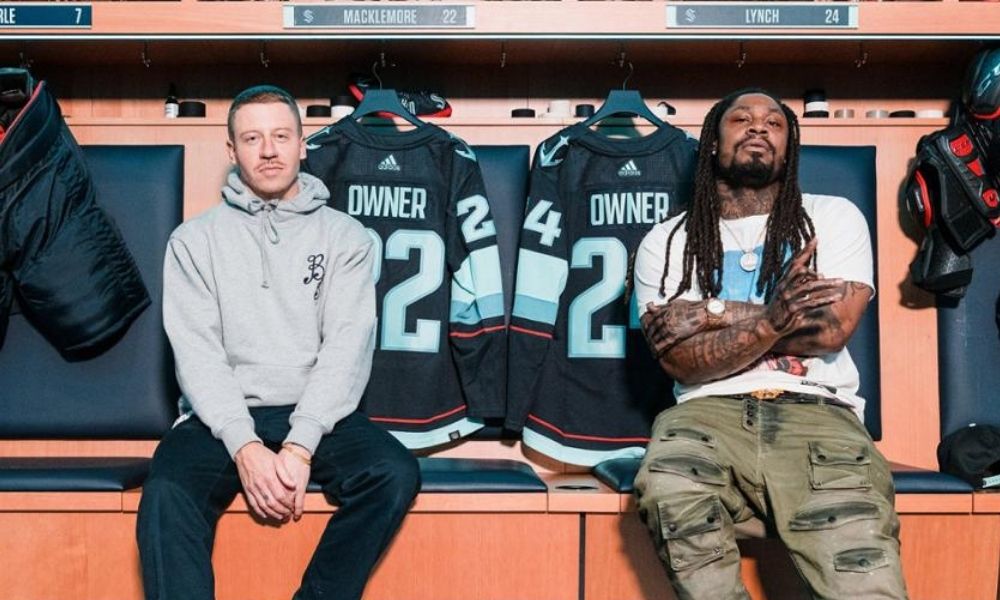 No investment fee has been made public, but the Kraken were recently valued at US$875 million by Forbes.

In their new roles with the first-year NHL expansion team, Macklemore and Lynch are expected to lead Kraken and Climate Pledge Arena community outreach initiatives.

Seattle native Macklemore, whose given name is Benjamin Hammond Haggerty, will work with the Kraken and their home venue to produce music events, as well as serving the community. The musician began talking with Kraken chief executive Tod Leiweke and his brother Tim Leiweke, chief executive of Oak View Group, which renovated Climate Pledge Arena, about potentially joining the ownership group before the expansion draft in July last year.

“There was a lot of hurdles and hoops to get through, and Tod and Tim Leiweke were really instrumental in me becoming a part of this group and wanting to bring me on board,” Macklemore said. “As a you can imagine, there’s a lot of bureaucracy behind the scenes, stuff that has to get taken care of. So a shoutout to them, a shoutout to my whole team that made it happen.”

Former Seattle Seahawks running back Lynch got involved during the Kraken’s first NHL season after serving as a guest announcer at the 2021 NHL expansion draft. As a minority investor, the 35-year-old plans to be active in the Kraken’s ‘Hockey is For Everyone’ campaign and work with the team on youth community activism.

“On God, I’ve been a part of a lot of things, but this is something I never would have imagined,” said Lynch, who also owns a Fan Controlled Football (FCF) franchise. “As a young hyena, I always dreamed of playing on a professional team but owning one is something special. As I look back on some of my accomplishments – I retired before I was 30 and now being an owner of a professional club at the age of 35 – I’m [going to] continue to count my blessings. Being a part of the Seattle Kraken is something big for me.”

Commenting on the investment, Tod Lieweke, who also has a stake in the Kraken, told CNBC: “For us, we didn’t need additional investors, but the thing that attracted us to these guys was their interest in community activism through this organisation, and that’s a big deal.”