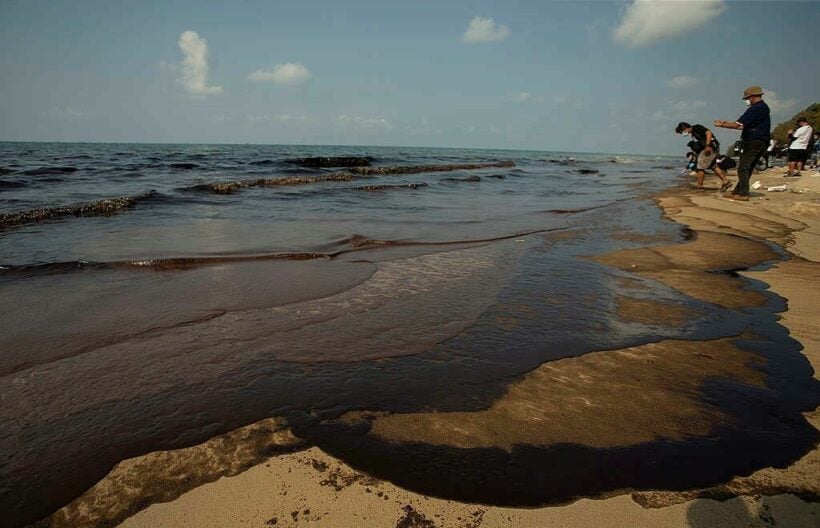 Officials in Rayong are once again dealing with an oil leak from an undersea pipeline belonging to Star Petroleum. According to the Pollution Control Department, the oil slick has been spotted in the Map Ta Phut sea. Department boss Atthaphol Charoenchansa says Star Petroleum has confirmed that around 5,000 litres of oil have created the slick, which extends for about 5 kilometres from a single point mooring.

According to a Nation Thailand report, the company, which had been adjusting a section of the pipeline, is investigating the cause of the leak. The Pollution Control Department has declined Star Petroleum’s request to use 5,000 litres of dispersant, with Atthaphol explaining that this exceeds the amount considered sufficient. According to Star Petroleum’s statement to the governor, the leak is classified as Tier 1, meaning it doesn’t exceed 20 tonnes.

Nation Thailand reports that a damage control team is at the site of the leak and expected to receive assistance from Royal Thai Navy vessels and aircraft. Star Petroleum’s statement has described the slick as silver but has not provided any further information on the type of oil, the severity of the leak, or how it might be dealt with. The provincial governor has called an urgent meeting with Rayong officials and local government agencies in order to deal with the leak.