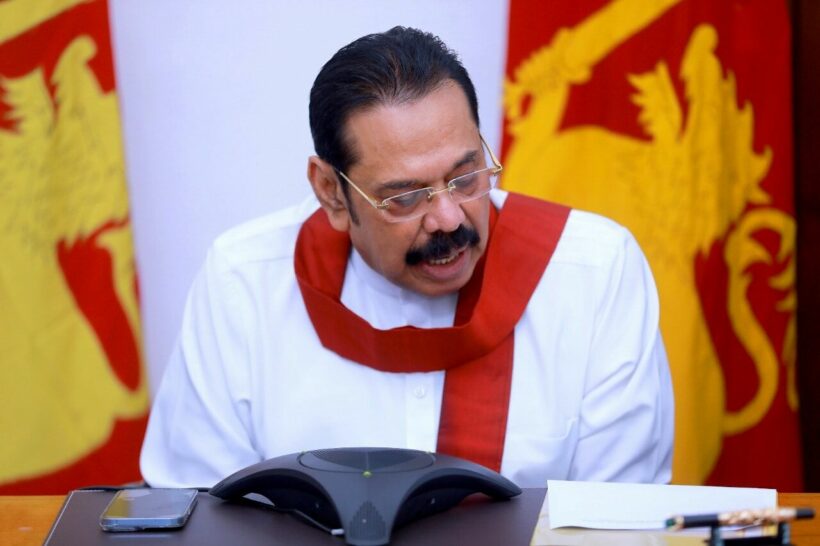 Following a wave of outraged protests that started in March, Sri Lanka’s PM Mahinda Rajapaksa has quit his position earlier this week, and is now hiding in a military base. This news comes after protestors have called for Mahinda’s brother Gotabaya Rajapaksa, the country’s president, to step down, along with other members of Sri Lanka’s powerful political family.

On Monday, after Mahinda resigned, protestors attacked police guarding his villa, and graffitied “Gota Go Home” in red on one of the villa’s walls. The villa was a place where of his villa where Mahinda stayed when visiting family in the south of Sri Lanka. The protestors then smashed Mahinda’s bedroom windows.

Sri Lanka’s protests began in March following the country’s longest power blackout, which lasted for 13 hours, ever recorded. Many state-run hospitals stopped surgeries because they ran out of life-saving medicines. This was on top of a shortage of essential goods, and high price spikes, caused by a broad import ban imposed in 2020 due to Sri Lanka’s debt.

Since then, the country has been unable to pay for fuel, medicine, and other necessary items. There have been long ques for gasoline, and long blackouts, with food prices skyrocketing.

Last month, Sri Lankan police shot and killed a protestor in an incident that quickly spread across social media. Police had opened fire on a crowd in the central town of Rambukkana, and at least three others were injured. Police said the protestor killed, a man, had refused to move from a railway line and had parked a fuel truck across the tracks. They said firing teargas at the crowd appeared to provoke the protestor, and they responded by firing live rounds.