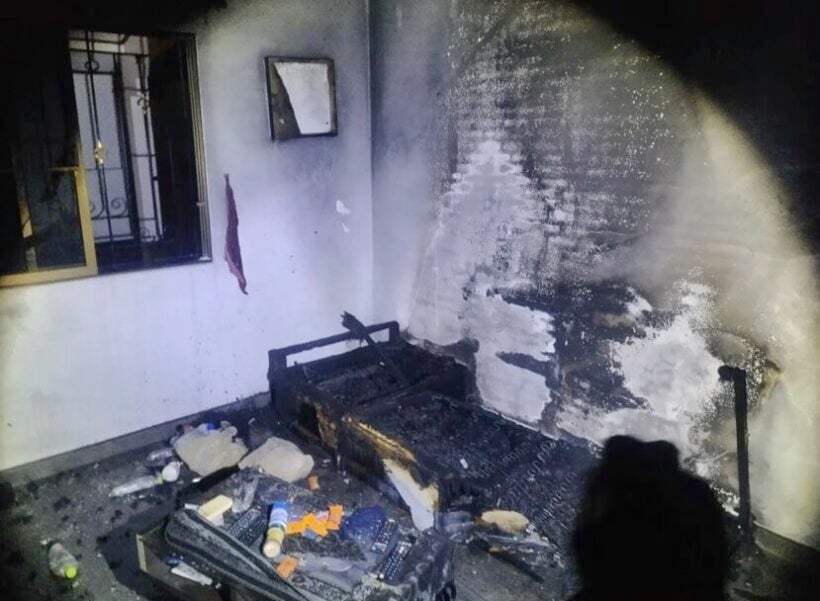 A Pattaya teenager climbed down from his balcony to just barely escape a fire that broke out in his home in the early hours of Monday morning. The boy, 16 year old Poramet Soratavorn, sensed the smell of smoke when he was on the second floor of his house in Royal Park Village on Thepprasit Road.

Poramet ran downstairs to find his living room sofa heavily ablaze, with smoke engulfing the house. He then rushed back upstairs to open all the windows and go out on his balcony. He climbed down the balcony and called for help, and firefighters soon rushed to the scene to put out the fire and clear the smoke.

Firefighters believe the blaze was caused by some electronic devices that Poramet’s father had left to charge on the sofa. The heat emanating while charging or an electricity leakage may have caused the devices to break into flames, setting fire to his sofa.

This news comes after two other fires broke out in different parts of Thailand last week. A fire broke out at an Indian restaurant in Phuket’s famous tourist town of Patong on September 8. The restaurant was damaged, but luckily no injuries were reported.

Seven firefighters were in hospital after a wall collapsed onto them while they put out a huge blaze at a warehouse in Bangkok on September 7.