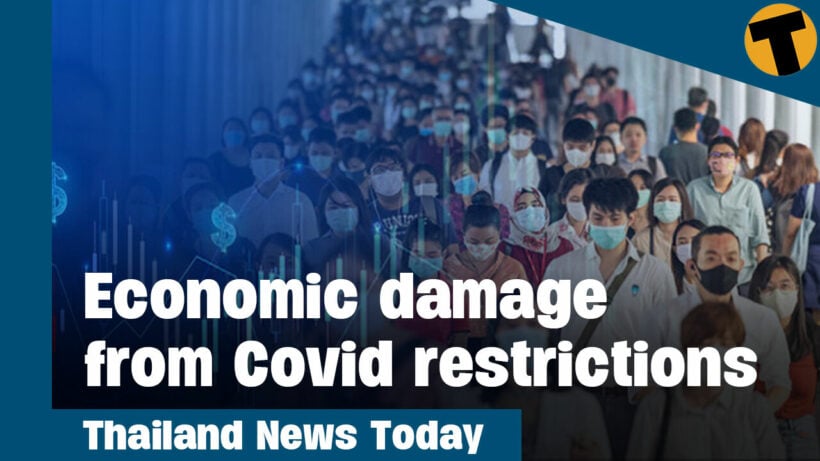 Tourism revenue has plummeted across each of the 77 provinces, according to data from Thailand’s tourism ministry.

A report revealed that income from both foreign and local tourism reached an historic low in 2021, dropping by nearly 70%. Meanwhile, the revenue gap between Bangkok and other major provinces remains wide.

The southern island of Phuket was in third place, with revenue of over 21 billion baht, equating to a drop of over 80%.
The provinces of Nong Bua Lam Phu, Amnat Charoen, and Samut Sakhon were all at the bottom of the pile, with the lowest tourism income of 58 million baht, 139 million baht and 142 million baht, respectively.

Meanwhile, Thailand’s hotels remain concerned about the ongoing financial effects of the pandemic. The Thai Hotels Association surveyed 200 members across the country between January 10 and 26, with 49% of operators reporting revenue of less than 30% of pre-pandemic levels.

The temporary suspension of the Test & Go entry scheme saw average occupancy in January drop to 32%, from December’s 37%. THA boss Marisa Sukosol Nunbhakdi says half the hotels surveyed say they had less income in January compared to December, while 53% only had enough cash flow to run for less than 3 months.

She said “Three-quarters of hotels were uneasy about the Omicron threat as 42% of them were deeply concerned about the situation and 44% were moderately worried about the latest outbreak, especially hotels in the North which recorded a high number of cases.”

According to Marisa, hotels have been affected both by domestic tourists not wanting to leave home and international guests unable to travel due to the temporary suspension of Test & Go.

National police chief Suwat has arrived on the southern island of Phuket as investigating officers step up the hunt for those behind the murder of an Indian national on Friday night.

The man, named by various sources as Jimi Singh Sandhu, was shot dead outside his Rawai villa in the south of the island. Police believe the gunmen are still on the island and are checking security camera footage in a bid to find them.

The dead man entered Thailand on January 27 via private jet, carrying a passport in the name of Mandeep Singh. However, reports from Canada indicate he is gangster Jimi Sandhu, who emigrated to Canada from India as a child and has since been deported due to criminal activity.

Officers investigating his murder believe it’s the result of a feud between rival gangs, adding that they are looking for 2 suspects, believed to be foreign nationals. The victim is believed to belong to an Indian criminal gang operating in Canada and involved in drugs and human trafficking. It’s understood he was also wanted by the Indian authorities on charges of drug trafficking.

According to the police, Singh would spend around 15 days a month at the villa and paid 100,000 baht rent. He was often seen driving to and from the property several times a day and was said to have been frequently visited by 2 foreign women. A search of the property uncovered designer brand handbags thought to be worth hundreds of millions of baht, three Apple phones, and a rented MG car.

The police say they’ve also found several footprints in an empty property close to the rented villa. In addition, the suspects were captured on security cameras after the attack. Thai authorities are working closely with their Canadian counterparts on the investigation.

Crown Prince Mohammad bin Salman bin Abdulaziz of Saudi Arabia is likely to visit Thailand at some stage this year.

Thailand’s Foreign Minister Don Pramudwinai says the visit will happen once a roadmap for restoring bilateral ties has been agreed. The roadmap will focus on cooperation in areas such as energy and labor.

After decades of frostiness, relations are thawing between Thailand and Saudi Arabia, with PM Prayut Chan-o-cha visiting the Crown Prince in Riyadh last month. The visit was the first in decades, after a 30-year freeze – the result of an unsolved jewelry theft by a Thai worker in the Saudi royal household.

Some of the jewels have never been recovered, including a prized blue diamond. To this day, the theft remains one of Thailand’s greatest unsolved mysteries, with some of the country’s top police generals implicated in the bloody trail that followed. In the aftermath of what became known as the “Blue Diamond Affair”, Saudi Arabia downgraded diplomatic relations with Thailand.

However, it looks like relations are warming up again following the PM’s recent visit. Minister Don says once the roadmap is agreed, the Saudi Prince is likely to visit Thailand, probably later this year. During his visit, he is expected to sign a framework agreement on implementing bilateral ties across various sectors.

Don says cooperation could resume in some sectors within 2 months, while others could take up to 6 months. He adds that the priority is to fill the Thai Ambassador role in Riyadh after the position lying vacant for 3 decades.

Robotic surgeries have been around for a while, but at Bangkok’s Siriraj Hospital, doctors announced that for the first time, they replaced an entire knee joint on an elderly patient using a robotic arm.

The robotic-arm assisted surgery was developed for knee replacements. It does a CT scan of the patient, creating a 3d Image and helping surgeons create a plan. The technology guides surgeons on precisely where to cut, avoiding incisions on sensitive areas such as blood arteries and nerve endings.

According to the director of the Siriraj Hip and Knee Joint Replacement Excellence Centre has been using robotic-assisted technology for knee operations since 2007.

Hundreds of Thai tourists were stuck on the mountain after visiting the Naga Cave at Pulanga National Park in Bueng Kan province on Saturday.

The cave is known for a giant rock with scale-like marking and a shape that looks like the mystical Naga serpent. Thai people believe that this is a sacred spot to wish for good luck, and, of course, the lucky numbers for the lottery.

But on Saturday the 5th, a date considered by many Thais to be so sacred and powerful that wishes can come true, so many people visited the Naga Cave that many were stuck on the mountain waiting to get down. The visitors were over the limit and many complained to the provincial authorities.

A Thai reporter visited the spot on the crowded day and said that people were still gradually coming down at 9pm. One visitor shared via the interview that they traveled up to Naga Cave at 7:30am, started walking down at 3pm, but just reached the ground at almost 9pm. Reports in Thai media also say that more than 500 visitors were at the cave at night, while one tour guide says it was around a thousand.

Many tourists said there was no visitor limit and had only one path to walk, which was a problem as many of the visitors were elderly. The Bueng Kan provincial governor informed Thai media that he had already asked the National Park leader to reorganize to avoid the same situation. After this, there will be a meeting with different departments to find a better solution.

Meanwhile, the Minister of Natural Resources and Environment, Varawut Silpa-archa, says that the national park actually does have a visitor limit, and park officials will check how authorities managed the situation.