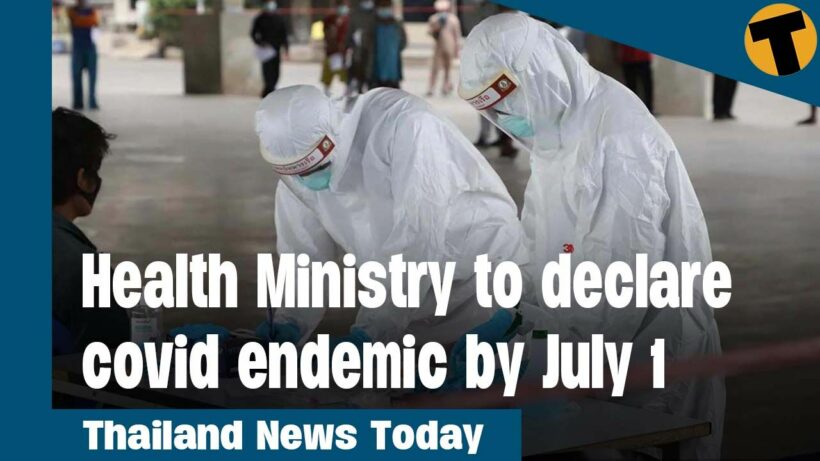 Tourism officials have shrugged off a US CDC notice which advised citizens to avoid travel to Thailand.

Earlier this week, the US CDC added Thailand to its list of Level 4 countries, due to the ongoing Covid situation in the kingdom. However, Yuthasak Supasorn from the Tourism Authority of Thailand says that won’t make much of a difference to an already weakened sector.

According to a report, Yuthasak says the advisory is the same as that issued last year when Thailand’s infections peaked at over 20,000 cases a day. He doesn’t believe the move will have a significant impact on people’s decision to travel, adding that rising inflation and the increase in travel costs due to surging oil prices are more likely to affect international tourism. He admits that numbers may end up 30% below the TAT’s target of 330,000 foreign tourists expected in the first quarter of the year.

The Thai government has approved the easing of tax rules for digital assets in order to promote and develop the industry. The move comes amid a surge in cryptocurrency trading in the kingdom, according to a Reuters report.

Finance Minister Arkhom Termpittayapaisith says the relaxed rules mean cryptocurrency traders can offset annual losses against gains in the case of taxes due on crypto investments, as well as exempting VAT of 7% for cryptocurrency trading on authorised exchanges. The exemption is effective from April 2022 to December 2023 and also includes trading of retail central bank digital currency to be issued by the central bank.

Reuters reports that there has been significant growth in cryptocurrency trading in Thailand over the last year. According to the finance ministry, by the end of 2021, trading accounts had jumped to around 2 million from just 170,000 earlier in the year. The most popular cryptocurrency in Thailand is Bitcoin.

In related news, Arkhom has confirmed tax breaks for direct and indirect investments in start-up companies in Thailand. Those who invest in start-ups for at least 2 years can avail of a 10-year tax break until June 2032.

The Public Health Ministry’s plan to make Covid endemic in Thailand by July 1 has been given the green light.

The plan was approved yesterday by the National Communicable Disease Committee, giving Thailand under 4 months to downgrade the virus from pandemic status.

According to health minister Anutin Charnvirakul, Thailand is adopting a policy of safeguarding the health of both citizens and the economy simultaneously, similar to what’s being done in several other countries. He says that in order for the virus to be classified as endemic, a number of measures need to be implemented in the coming months.

Thai PBS World reports that Anutin says life should continue as normal despite the existence of such measures. The health minister has also stated that even if the virus is given endemic status, the wearing of face masks may still be required, along with avoiding mass gatherings, hand-washing, antigen testing, and vaccination. I can now sense the comments section screaming what’s the point then?

Dr. Kiattibhoom Vongrachit from the health ministry says the journey to endemic status will take place in 4 stages. The first is between now and April and consists of suppressing the virus to reduce the risk of severe cases. The second stage will be during April and May, when infections are expected to plateau and then decline. During stage 3, in May and June, daily new infections should drop to between 1,000 and 2,000. Finally, from July 1, or stage 4, Thailand will enter the post-pandemic phase, with Covid classified as endemic. The health ministry says the virus will be considered endemic once the death rate is less than 1 in 1,000 patients, or 0.1%. Thailand’s current death rate is around 0.2%.

Meanwhile, Anutin says there are still around 2 million elderly people who have not even received the first dose of a Covid vaccine. This population will be particularly vulnerable if visited by younger relatives over the Songkran holiday. To address the problem, public health volunteers are being dispatched to visit elderly people in rural areas to persuade them to get vaccinated.

Bangkok residents queued up to sell their gold for cash yesterday, as the ongoing war in Ukraine saw the price of gold reach a new high.

According to a Thai PBS World report, Thais lined up outside gold shops along Bangkok’s Yaowarat Road to sell their gold items for cash. The report states that by 12.56pm yesterday, the purchase price of gold bullion had risen to 31,850 baht, with a sale price at 31,950 baht.

According to the Gold Traders Association, the purchase price of gold adornment has risen to 31,275.08 baht and the sale price has increased to 32,450 baht.

The association predicts the price of gold will rise to between 32,000 and 33,000 baht should Russia’s war in Ukraine continue. Prices are expected to remain volatile, with many gold market experts saying they could then drop again when the war ends.

Between February 28 and March 5, the average price of gold bullion was between 29,350 and 30,250 baht. The price of gold was slightly lower the week before.

UNICEF, the Ministry of Public Health, and other health officials launched a case management platform in an Udon Thani hospital today. The platform, Primero, will support social workers in working with children vulnerable to violent abuse.

It will move documentation cases online, linking them with the hospital’s information system. Primero will help children and families find resources both in and outside the hospital. Such resources are often complicated to access and disorganised.

Primero will provide up-to-date information for caseworkers about violence patterns and risk factors, so they can identify warning signs of violence early on and prevent serious cases.

Children identified as at-risk on another one of Thailand’s systems will be transferred to Primero. Primero will then recommend what actions to take, and work with one-stop crisis centres in hospitals to monitor the situation

Primero is already used in over 40 countries and territories. It is user-friendly and has clear workflows to help social workers document and manage cases. It helps with things such as identifying and registering, case planning, referrals and transfers, and case closures.

There are many cases of familial abuse in Thailand. In November last year, a 50-year old man allegedly sexually abused his niece-in-law.

A woman went to visit her father at a hospital, but when she came by, she found that the patient the hospital had identified as her father was not him. She found out later that the hospital accidentally switched the ID for two Covid-19 patients and that her father had died back in January and his body may have been sent to another family for a funeral and cremation.

The woman, identified in Thai media as “Thusupa” says her 66-year-old father had Alzheimer’s symptoms and stayed at a nursing home. Her father and others at the nursing home were sent to Pathum Thani Hospital after testing positive for Covid-19 in January. The hospital has been updating each patient’s symptoms to relatives day by day.

On Monday, Thusupa says the hospital contacted her to visit the hospital and spend the last moment with her father as he was in a severe condition. She went to see him but says the patient on the bed wasn’t her father.

Thusupa took a picture of the patient and sent it to the nursing home staff, who had taken care of her father for over seven years. The staff confirmed that the person was another man, named Boonna, who had lived at the nursing home. Thusupa contacted the man’s family, and his daughter told her father had died in January and had already held a cremation ceremony for him.

Boonna’s daughter visited the hospital and was shocked because the patient on the bed was her father. The hospital has yet to confirm whose body was sent to the family for cremation. Pathum Thani hospital has admitted the mistake and said they were sorry for what had happened.