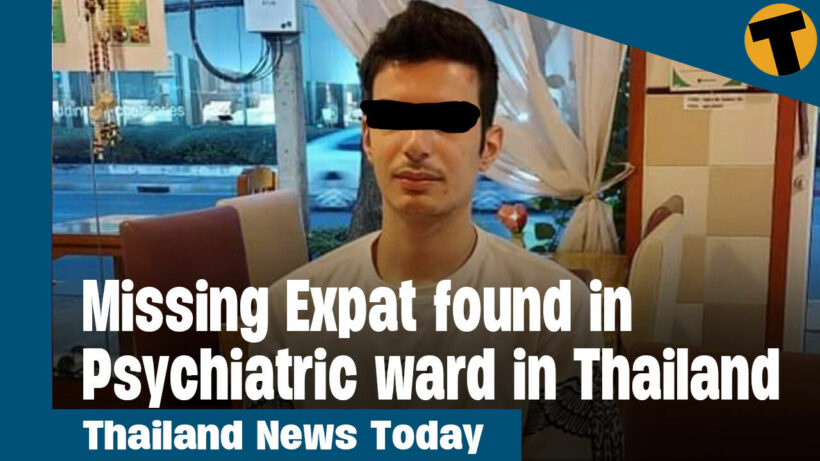 The routes and coverage around Bangkok continue to reach far-flung parts of the city.

The MRT Yellow Line will provide a Skytrain ‘monorail’ service along the heavily congested Lat Phrao road and Srinagarindra road corridors. —-The line will link 6 other public transport train services making it an important cross city link in the middle north-eastern and eastern areas of Bangkok.

Thailand’s Democrat party leader has publicly apologised and accepted responsibility for the sex scandal of Prinn Panitchpakdi, who stepped down last week as the party’s deputy leader, as a wave of sexual abuse and rape allegations mount against him.

Speaking at a press conference at party headquarters in Bangkok on Monday, commerce minister Jurin Laksanawisit apologised on the party’s behalf, saying he was “deeply sorry” for the alleged actions of his former colleague Prinn.

“As the party’s leader, I played important roles in recruiting Mr. Prinn Because the issue arose while I was the party leader, I can’t avoid responsibility.”

Moreover, Jurin repeated the party line to not defend the disgraced former deputy leader or stymie the judicial system.

He also emphasised the party’s opposition to sexual harassment, as well as gender discrimination and violence against women and children.

To prove he took the matter seriously and accepted responsibility, Jurin said he had removed himself from the government committees for women’s policies and gender equality, in a display of self-chastisement.

The party has formed a committee to investigate the allegations pressed against Prinn and seek ways to help any confirmed victims, according to the Bangkok Post.

Prinn is the son of former deputy prime minister Supachai Panitchpakdi. His father was also the former secretary-general of the UN Conference on Trade and Development, as well as the former director-general of the World Trade Organisation.***

An expat resident of Bangkok, who was reported missing 9 days ago, has been found at a psychiatric ward in the capital.
The 27-year-old Portuguese national, Alexandre Freitas, was located at Somdet Chao Phraya Hospital, in the Khlong San district, after he was accused of stealing a pair of sunglasses from a shopping centre in the city.

The man’s friend, named as Stuart Holden, says Freitas did not intend to shoplift the sunglasses but took them because he is mentally unwell.
“He walked into Emporium and, because of his sick state, tried to take sunglasses worth 30 thousand baht. However, upon reaching the holding cell, he went insane, took his clothes off, and was transported to a psych ward to be evaluated.”

It appears Holden was unaware his friend had been transferred to a psychiatric ward and he went on social media to offer a 30 thousand baht reward for information on the whereabouts of his friend. He was then contacted by a Facebook user, Khlongfang Klangthung, who helped him locate Freitas.

Khlongfang says she saw Holden’s plea on social media and spoke to police at the shopping centre. The police advised her that Freitas had been taken to Thonglor Police Station after he was accused of stealing the sunglasses. She says it appears his mental state led him to shoplift the glasses. According to Holden, Freitas is prone to audio and visual hallucinations.

Khlongfang says she’s been in touch with the Portuguese man’s family and his father will arrive in Bangkok to pick his son up on Sunday. It’s understood Freitas has been living and working in Bangkok and first began to experience mental health problems 2 years ago.
Meanwhile, Holden has expressed his disappointment with the authorities for failing to notify him or the Portuguese Embassy while holding Freitas for several days.

The Ministry of Transport has begun an investigation into the partial collapse of a new passenger building at Bangkok’s Don Mueang airport, the home of most of the international discount airlines and some of the domestic budget carriers.

According to the initial damage assessments, a heavy storm on Sunday evening led to a build-up of rainfall that the building’s guttering was unable to support, leading to a partial collapse of its roof and walls. However, the core structure has not been badly damaged.

The airport building was completed in June 2020, at a cost of over 207 million baht. It was designed to hold large numbers of passengers to alleviate congestion in the international terminal. However, the pandemic meant it remained closed at the time of Monday’s collapse.

Thailand’s Transport Minister, Saksayam Chidchob, says an investigating panel is being created, which will be chaired by the deputy transport permanent secretary, Pisak. The panel will review construction contracts, as well as carry out damage appraisals following the incident. It is also expected to set guidelines for repair work, which will be carried out by the Airports of Thailand.
According to Saksayam, —if the repair work takes longer than the duration of the construction contract, AoT will be required to sign another agreement with the contractor to carry out the work.
Meanwhile, AoT president Nitinai estimates that the inspection could take between 15 and 30 days.

The suspect claimed he visited the mall to find a job and had no explanation for his actions.
At about 4 pm, staff of the famous Bangkok shopping centre reported to the police that two victims were attacked in front of a clothes shop on the 2nd floor named Misty Mynx.

The first victim was a 27-year-old female shop salesperson, and the second a 23-year-old customer visiting the mall with her family.
After questioning witnesses, the investigating officer, Aangoon Jarasmethawit, reported that the man walked into the shopping centre, screamed, and stabbed a female staff on the face. After that, he went to another woman walking nearby and stabbed her in the neck.

The 23-year-old suspect, reported as ‘Thanaporn Boonsi’, tried to hide inside the shopping mall but was finally caught only five minutes after the incident. Police say he had prior charges relating to drug-taking, but he didn’t test positive for drugs in this case.

According to the police report, the suspect lost a job and became homeless recently. He was sentenced for bringing weapons to the public and attacking people.
The CentralWorld shopping centre explained the incident on their official Facebook page, insisting that the knifeman was arrested quickly after the attack, —and the victims were also sent to the nearest hospital very quickly. There is no current report on the condition of the two women or their injuries.