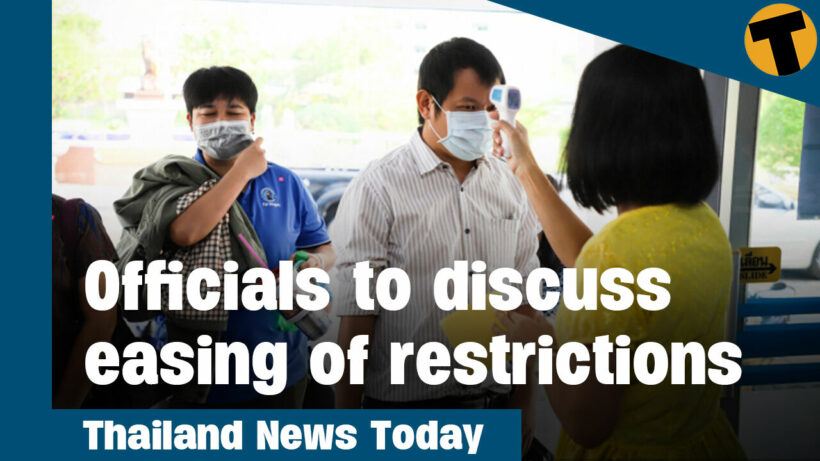 Thailand’s health officials plan to propose the easing of some Covid-19 restrictions in a bid to move away from imposing lockdowns when outbreaks are reported.

Opas Karnkawinpong from the Department of Disease Control says other countries are relaxing some curbs and Thailand is ready to follow suit. However, he did not specify what restrictions might be eased.

It’s understood the government wants to move away from imposing lockdowns during Covid outbreaks, with Opas saying the virus will soon reach endemic status. He adds that the daily new infection rate in Thailand is considered safe and despite the Omicron variant being classified as highly contagious, it results in less severe illness than its predecessor, the Delta variant.

Opas was quoted saying “We need to get people to understand that the number of daily new cases is nothing to worry about. We’ve lived with the disease for 2 years already, so it’s about time to move on together.”

And according to Opas, allowing patients with mild or no symptoms to isolate at home has helped free up hospital beds for those who are severely ill with Covid. He says the most recent deaths from the virus were in people considered high-risk, including those over the age of 60, people with underlying health conditions, and pregnant women, some of whom had not yet received their booster vaccine dose.

Following the murder of an alleged gangster in Phuket, police have seized a number of items from the Indian man’s rented villa.

According to a report, investigating officers have removed 2 safes, 2 passports, and 700,000 baht in cash from the villa in Rawai, in the south of the island. The 32-year-old victim, named locally as Mandeep Singh, but as Jimi “Slice” Sandhu by Canadian sources, was killed outside the property on Friday night.

The murder is understood to have taken place around 10.30 pm, but police were not alerted until staff from the adjacent Beachfront Hotel Phuket found the man’s body in the car park on Saturday morning. It’s not known why the sound of gunshots would not have alerted people sooner. Police found spent cartridges from a .38 handgun, which have been sent for forensic analysis in an attempt to find the DNA of the perpetrators.A Vancouver Sun report has named the dead man as Jimi Sandhu, an Indian national previously deported from Canada. Police say they believe the murder was due to conflict over an illegal business. A report says the victim arrived in Phuket by private jet from Malaysia on January 27.

Meanwhile, Thailand’s national police chief will arrive in Phuket today as part of the ongoing investigation.

The Royal Thai Navy is reportedly in talks with China about receiving two decommissioned military submarines. But apparently, the offer is on the table because there was a problem with ordering parts for the submarine which are currently being assembled by China for Thailand.

The used submarines would be used for training while Thailand waits for its initial order of Chinese-made submarines, whose delivery may have to be postponed from next year until April 2024. The second-hand submarines need to be reconditioned before they can be used.

The Type 039 submarines, also known as “Song-class,” are diesel-electric submarines for the Chinese Navy. The informal offer to the Thai military attaché in Beijing was made by a Chinese state firm in charge of handling decommissioned Chinese submarines. It’s unclear if the submarines would be offered for free or with a minimal fee as a sign of friendship between the two countries. A working committee under Deputy PM Prawit Wongsuwan discusses the matter, but reports say there has been no confirmation on a deal.

Anonymous source in the navy said China made the offer to deliver the decommissioned submarines because the country had problems purchasing an engine from Germany for the submarine being made for the Thai navy. Apparently, the German supplier decided not to sell an engine to China because it would be used in a submarine to be sold in another country.

In a further investigation, authorities found that a number of senior officers acted “recklessly” and allowed the venues to operate. The five demoted officers include a superintendent, deputy superintendent, suppression inspector, and investigation inspector. Those will be moved to work closely under the watch of superior officers at the Provincial Police Region 1 until further notice.

The secretary-general of the Medical Council of Thailand has called for a campaign to educate Thai drivers about the need to stop at red lights and pedestrian crossings.

In a post on his Facebook page, Itiporn says drivers need to be taught about the rights of pedestrians and the need to give way at zebra crossings and red traffic lights. He says that unless drivers know to stop, it’s pointless installing traffic lights at pedestrian crossings, as is currently happening across Bangkok.

Plans are afoot to make the city’s zebra crossings safer after a Bangkok ophthalmologist was fatally struck by an off-duty police officer on a speeding motorbike as she used a pedestrian crossing. The death of Dr Waralak provoked a furious backlash on social media and lights are now being installed at the crossing on Phaya Thai Road.

According to a report, the work is expected to be completed in a week, after which the lights will be tested before going into operation. An AI camera will also be fitted at a later stage to catch drivers who fail to stop at the crossing.

Around 16 locals and Thais were evacuated from a forest in Phuket after a fire broke out and spread quickly by the Laem Krating viewpoint. The flames blocked the exit and authorities had to send a boat to pick the tourists and others up at the bottom of the hill in Phuket’s Rawai district.

Phuket authorities shared on the provincial public relations page on Facebook that fires happen at Laem Krating almost every year during the dry season and are sometimes caused by cigarettes dropped by tourists.

The dried grass after days without rain, as well as strong winds, are said to have fuelled the fire, which spread over 20 acres. The authorities shared that it was hard to access the area to put out the fire because it lacks electric systems, has lots of hills and rocks, and the entrance was all closed by the fire.

As of yesterday, the fire has been under control and is being closely watched. Rawai mayor says that if the wind is calm, the fire will remain manageable, so the authorities must stand by and pay close attention to the situation and the winds. A drone is being flown over the area for real-time updates and visitors are not allowed in the area until further notice.

Got a PayPal account? You should withdraw your remaining balance into your bank account, as the company is relaunching its services in Thailand.

Starting next month, customers in the country will not be able to use their PayPal wallets to shop online. They will also not be able to make a new account until further notice.

Casual sellers and entrepreneurs of non-registered businesses will have “limited functionality” on the payment site, a move that will affect those in Thailand as many people have started doing business and transactions online due to the pandemic.

The changes start March 7 and PayPal says the company is working closely with Thai authorities on the relaunch to extend its services in Thailand. Don’t worry, PayPal says you’ll still be able to withdraw your balance to a linked bank account after March 7. Consumers can also still make payments with a debit or credit card through PayPal’s Guest Checkout function.