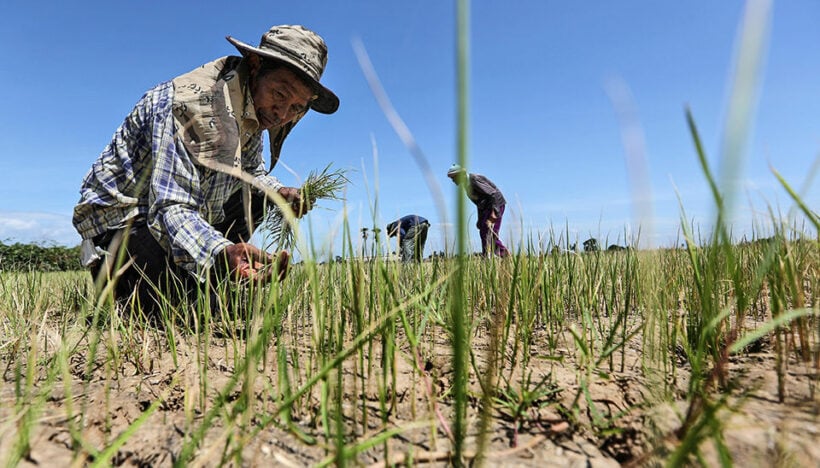 Thailand is suffering a fertiliser shortage, with the country’s farmers bearing the high costs of imported fertilisers. Now, the Chamber of Commerce plans to negotiate with Saudi suppliers. Saudi Arabia recently allowed 2 of its suppliers to sell fertiliser to Thailand, according to Thai Commerce Minister Jurin Laksanawisit.

Thailand imports the overwhelming majority of its fertilisers, with only 8% of fertiliser coming from domestic sources. The country needs about 5 million tonnes of fertiliser a year. Jurin said…

“According to the figures collected by the Thai Chamber of Commerce and the Thai Fertilizer Producer & Trade Association, Thailand’s overall demand for fertiliser from Saudi Arabia is about 808,000 tonnes…”

In the past, Thailand imported fertiliser from the Middle East, China, Canada and Russia. After Russia invaded Ukraine in February, the country suspended fertiliser exports. In March, Thailand’s Internal Trade Department gave local traders and suppliers approval to up their fertiliser prices. The price rise was approved on a case-by-case basis.

Ever since Thailand rekindled relations with Saudi Arabia in February, the 2 countries have embarked on several projects together, from tourism to employment. Earlier this month, Thailand announced a 30-day visa exemption will be available to all Saudi citizens. Hopefully Thailand and Saudi Arabia will continue their new trend of warm relations during and after fertiliser negotiations.