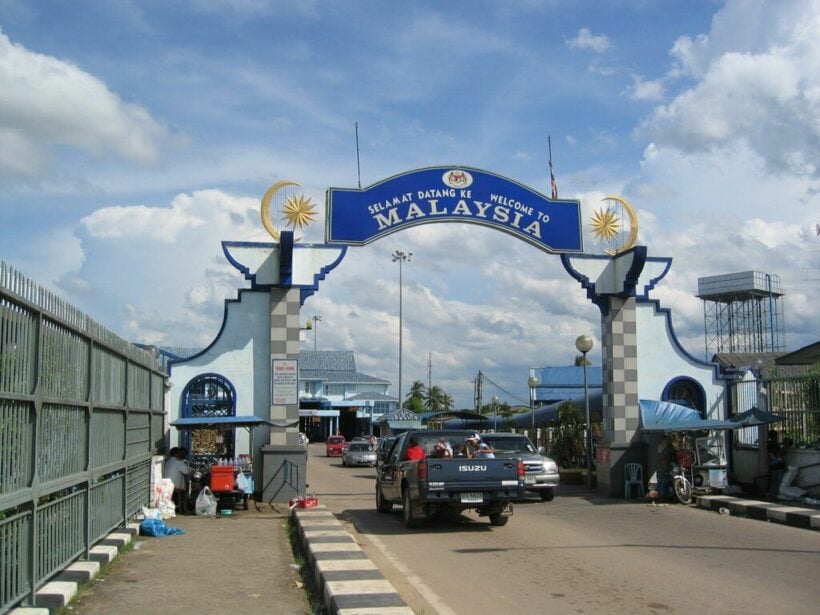 The Thai government has reiterated its plan to build a new bridge over the narrow Golok River, which will serve as another border crossing. The Thai and Malaysian governments hope that the bridge, which will connect Sungai Golok district in Narathiwat province to Kelantan in Malaysia, will boost tourism and trade ties between the bordering countries.

In August, Thailand’s Foreign Minister Don Pramudwinai and his Malaysian counterpart Saifuddin Abdullah agreed to step up infrastructure at the border to assist in achieving their bilateral trade goal of US$30 billion by 2025.

Both ministers expressed their hopes to expedite the construction of a road connecting the customs complexes of Bukit Kayu Hitam and Sadao, which they say will be essential for improving trade links between Malaysia and Thailand.

The two countries also considering the construction of a fourth bridge connecting Pengkalan Kubor in Malaysia to Tak Bai district in Narathiwat province, but an area assessment and topographic survey will have to be undertaken before discussions can move forward further.

The narrow river separating Thailand and Malaysia makes it easy for local Thais and Malaysians to sneak across as they please, which is why Sungai Golok is a notorious party town when the sun goes down.

The 50 baht shuttle train which connects Hat Yai in Songkhla to Padang Besar resumed services in July after most Covid-19 entry restrictions in both countries were lifted. The train costs only 50 baht (7 Malaysian ringgits) and takes one hour, making travel between Malaysia and Thailand via train a viable and convenient option for tourists.