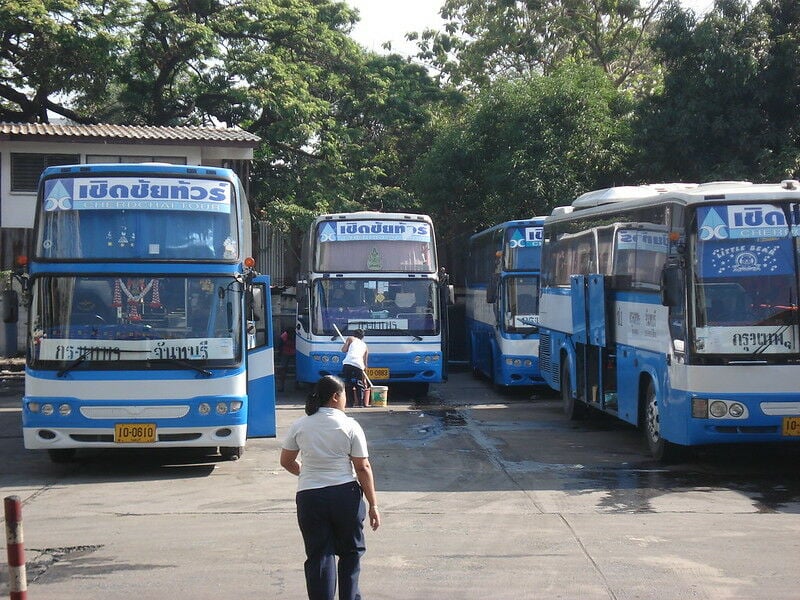 Thailand’s private bus companies have threatened to axe services by up to 80% if the government does not allow them to raise fare prices in line with rising fuel costs.

Twenty-seven of the nation’s private coach enterprises promised they will run a skeleton service of only 20% from July 1 unless the government allowed them to raise fares by 0.59 baht per kilometre.

Pichate insists private bus firms can’t operate as usual due to the latest diesel price increase. The average journey last week cost 1,400 baht, and this week it increased to 1,600 baht per trip. And with fuel prices set to increase even further at the end of this month, from 35 baht per litre to 38 baht per litre, Pichate says private companies can not operate sustainably.

Pichate revealed the meeting concluded with representatives unanimously agreeing to reduce their service by 80% starting from July 1. The changes will affect 143 routes all over the country.

The president revealed the government had offered an olive branch but a fuel discount at 2 baht per litre would not help solve the issue because fuel prices kept on rising.

Pichate says if the government allows firms to raise fares from 0.53 baht per kilometre to 0.59 baht per kilometre, he insists companies would be willing to reduce the fare in the future if the diesel price came down.

Meanwhile, The Transport Co., Ltd., promised their buses would operate as usual. The company’s manager, Sanyalak Panwattanalikhit, says he is sympathetic to the private sector’s problems and is willing to help find a solution. But he added that The Transport Co., Ltd., would fix its service fees according to the Ministry of Transport’s policies to help people cope with the rising cost of living.

Thailand has 20,000 coach buses from both the public and private sectors. About 40% of those had already stopped operations due to the high cost. The number of passengers also decreased, leaving only 17-18 passengers per trip, with morning and evening services the most popular.