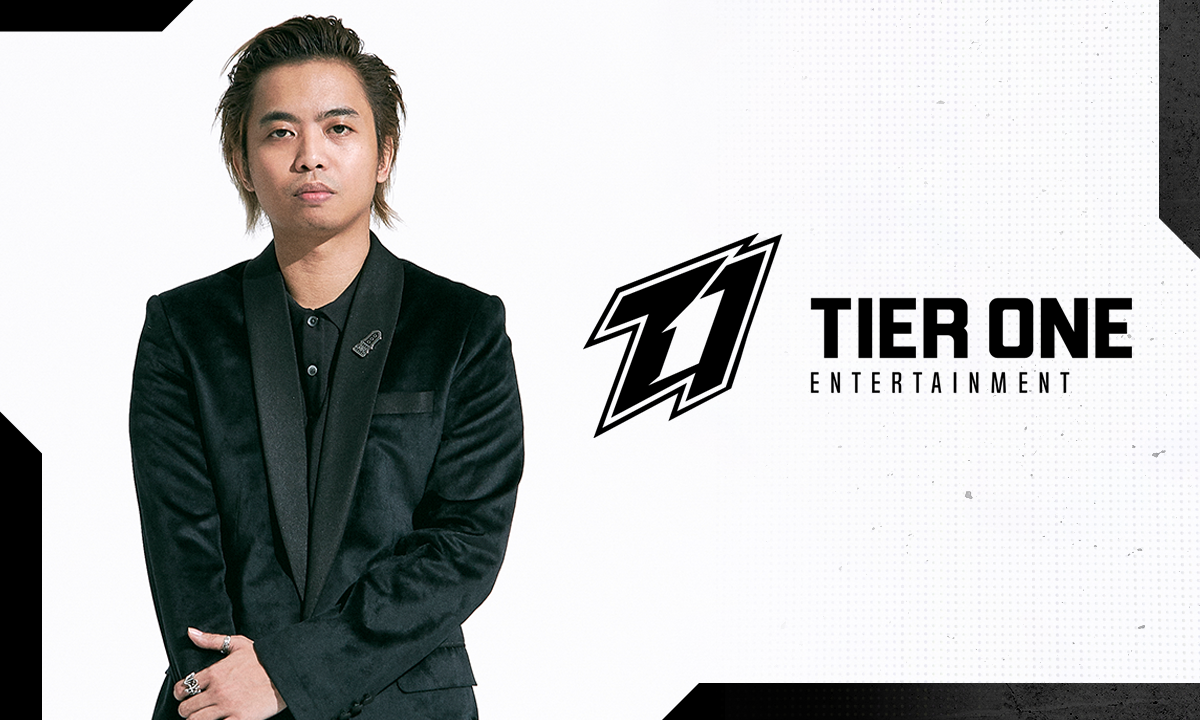 Mobile esports has become an all-consuming topic in 2021, especially when talking about Southeast Asia. Even though the market is certainly growing, the sector still seemingly goes unnoticed in most parts of the western world.

When the COVID-19 pandemic forced the closure of Southeast Asia’s popular internet cafe’s, mobile gaming booned even further. Esports Insider spoke with one of the companies making waves in the region and the sector: Tier One Entertainment.

Throughout the last few years, the company has partnered with the likes of Adidas, PlayStation, and Riot Games on esports projects aimed at producing the next generation of esports and gaming talent in the region.

Tier One Entertainment CEO Tryke Gutierrez sat down with Esports Insider to discuss the landscape of esports and mobile gaming in the region, why Asia is the global centre for mobile esports, and how Tier One fits into the broader picture.

According to Gutierrez, the seeds of growth were planted 20 years ago, before ‘esports’ was even a common term. Gutierrez explained: “Internet and gaming cafes, a thing we connect to Asia, are what fueled the growth of esports in the region. This is not just in the Philippines. It’s in Taiwan, in Indonesia.

“The computer cafes provided access to gaming and esports to a lot of people. Because for seven or eight, sometimes two dollars per hour you had an opportunity to play games. That’s why a lot of college students, instead of finding a hobby, would just choose to play games in the computer cafes with their friends.”

The esports scene in Indonesia and its neighboring countries arose from the computer cafe scene. At the start, companies tried to organise esports events to get more people to internet cafes, Gutierrez said.

The main reason for that is, while Western countries saw an influx of bigger name sponsors, the sponsorships in this part of the world were minimal. As such, most players and event organisers relied on support from the cafes themselves to provide rewards and venues for esports.

Once esports became bigger in Asia, the scene saw an interesting divide; some countries, like Vietnam, favoured League of Legends while others favored Dota 2. Despite being favoured in the West, Gutierrez explained that FPS games never reached their potential in the region.

The ‘barrier’ is tied to the type of market, with Gutierrez calling it a ‘sachet market’. This is a reference to the sizeable number of sachet stores across Asia where one can buy smaller packages of regular items, called sachets. Players preferred games that were free or cheap to play, even if microtransactions meant they ultimately cost more in the long run.

He explained: “We’d rather buy more smaller things, even if it’s more expensive than to buy one large item. If you come in with a big game, even if it’s cheaper compared to something that’s free and has microtransactions (like Crossfire and similar). All of those games that have microtransactions are actually more popular than CS: GO.”

The pandemic’s effect on mobile gaming

Mobile games’ growth in Asia over the last two years was facilitated by internet cafes closing due to COVID-19 and thus eliminating opportunities for players.

This was, according to Gutierrez, a turning point: “A lot of new players were bored at home and played mobile games. We don’t have so much high-speed internet here, but 5G was becoming big lately and the internet in terms of cellular data was becoming much better for games.

“When most of Southeast Asia was in lockdown, people just played something familiar to them.”

This gave rise to competitive titles like Call of Duty Mobile, PUBG Mobile, and Free Fire. These were the games most players knew from the cafes, and so Gutierrez noted that those titles were the most familiar and most popular precisely due to that.

Tier One understands that the appeal of mobile games isn’t as big as its console and PC counterparts, but Gutierrez noted that there are some pretty significant benefits to mobile esports and gaming in general. This mostly ties to the fact that mobile games tend to be shorter and can be played in small time slots during the day, but also because it’s easier to play multiplayer games live because you only need a phone and some friends.

Gutierrez also explained that Mobile Legends, one of the most popular mobile MOBA titles today, was considered extremely easy for most of the veteran Dota and League of Legends players when it first came out.

He said: “Because of all the years of experience in MOBA games like Dota and League of Legends, Mobile Legends was too easy for all of us. We could learn it so easily, and the transmission was seamless. It’s as simple as this: you might like noodles, but it was something like instant noodles for us.”

With time passing, the players understood that mobile esports provides a much lower barrier of entry and easier access to esports titles. Because most of the basics of mobile MOBA titles were similar to other versions, Gutierrez thinks that these mobile titles “quenched the thirst for MOBA”. Many of the players in the region suddenly had a relatively cheap way to play competitively.

The learning curve for mobile games is also much smoother than with comparable PC games, even though the level of game complexity remains the same once you start playing at a higher level.

When it comes to infrastructure, Gutierrez has a simple answer. Fiber is tougher to lay out than 5G. Moreover, most phones are cheaper than computers.

Gutierrez commented: “When you think about infrastructure, the cost of the actual device that you’re holding onto is important. When you take into account the cost of building an actual decent PC that can play Dota or League of Legends versus a $100 -$500 phone, you’ll actually play the mobile games available here today. Your taxi drivers are playing the games while waiting, security guards are playing mobile games on their breaks, you really see it everywhere.”

Once the mobile game craze kicked off, a lot of telecommunication companies increased efforts into providing tailor-made mobile plans for gamers. Facebook’s domination in the region continues to fuel growth to mobile esports and content creators that stream them.

Gutierrez added: “We’ve technically been Facebook natives since the start, we’re so attached to that platform. When you stream games and when Facebook Gaming came in, the question was ‘do you want to be watched? Do you want to be on Twitch where you have the potential to have 100 or 500 viewers at most, or do you want to go to Facebook where everybody already is.”

Even though Twitch is the world’s largest live streaming platform, the region simply prefers Facebook gaming because of its easy learning curve and familiarity. There’s also the fact that Facebook itself heavily invested in the region with its content creation programmes. The platform had more than 1000 official content partners in the region in 2020. Michael Rose, Facebook’s Head of Gaming Creators for Asia-Pacific, mentioned in an interview last year that Facebook aims to “sink its roots deeper” into the region as fast as possible.

Gutierrez continued by saying that mobile esports is steadily changing the way esports, in general, is monetised. The viewership numbers for the most familiar esports titles in the world, like League of Legends and Dota are huge, but Mobile Legends and similar titles are “breaking barriers” in this region of the world, and it’s starting to draw a lot of attention towards mobile esports.

He continued: “That’s why we now have a lot of brands turning their heads. We have Ikea, Adidas, and all of these brands are thinking that these are the kinds of figures they used to get from TV. Our biggest basketball league has less viewership than Mobile Legends. Technically, this is the new sport in town and people are seeing that.”

Tier One is also the owner of Blacklist International, whose Mobile Legends: Bang Bang team recently won its second MPL championship in a row. Tier One notes that the high popularity of its esports team helps the company secure brand deals. “There’s science there and I think it’s really going to change how esports is monetised,” Gutierrez commented.

As for the future of mobile esports, we’re now seeing a lot of Western games taking to mobile, with VALORANT, Apex Legends, and Rocket League all recently releasing or planning mobile versions.

Tier One’s advice to game developers starting to come to this flourishing market is simply to have a balanced product that has a clear vision of what it wants to be, all while taking note of the specifics of the region.

Supported by Tier One Entertainment.